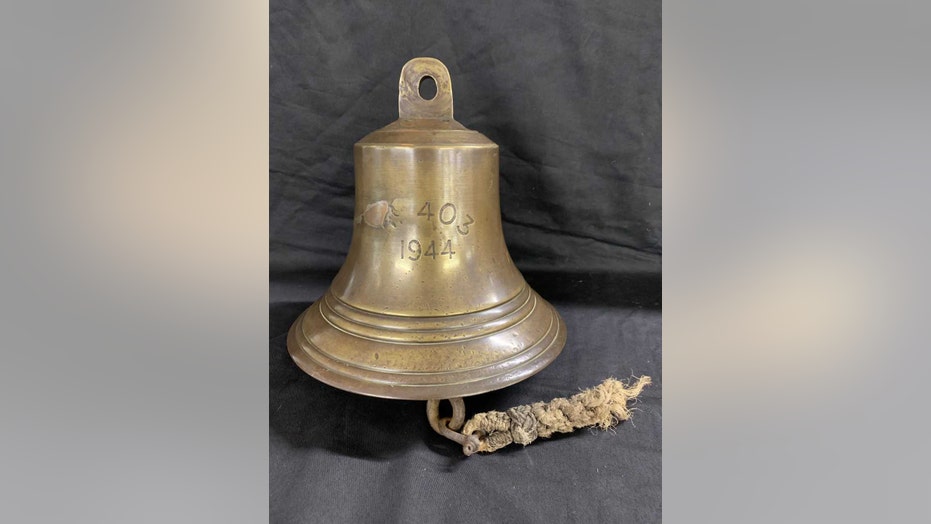 An iconic piece of World War II history, the bell from a craft that landed on Omaha Beach on D-Day, is set to go up for auction later this week.

The bell is part of the LCI 403, a ship that sailed from the U.S. to Portsmouth in March 1944 as part of a 500-ship strong convoy. Two months later, it was part of the landing force that touched down on Omaha Beach on June 6, 1944, a date considered by many historians to be the turning point of the war in Europe.

"This bell is a fascinating piece of history, it’s a very powerful and poignant piece that survived one of the most important days in 20th-century history and bears the scars of the battle to this day," auctioneer Andrew Aldridge told Fox News via email.

The bell from LCI 403. (Credit: Henry Aldridge and Son)

Aldridge added that during the siege on Omaha Beach, the LCI 403, which was built by Massachusetts-based George Lawley & Sons Shipbuilding Corporation, crashed into another landing craft and lost its port ramp. Despite the setback, the LCI 403 was able to perform its duty and gather 32 wounded soldiers and get them away from the front line of the war.

The ship spent 15 months of her active life in Europe during the war, only to then return to the U.S. and become refitted as a gunboat in Boston.

The bell from LCI 403. (Credit: Henry Aldridge and Son)