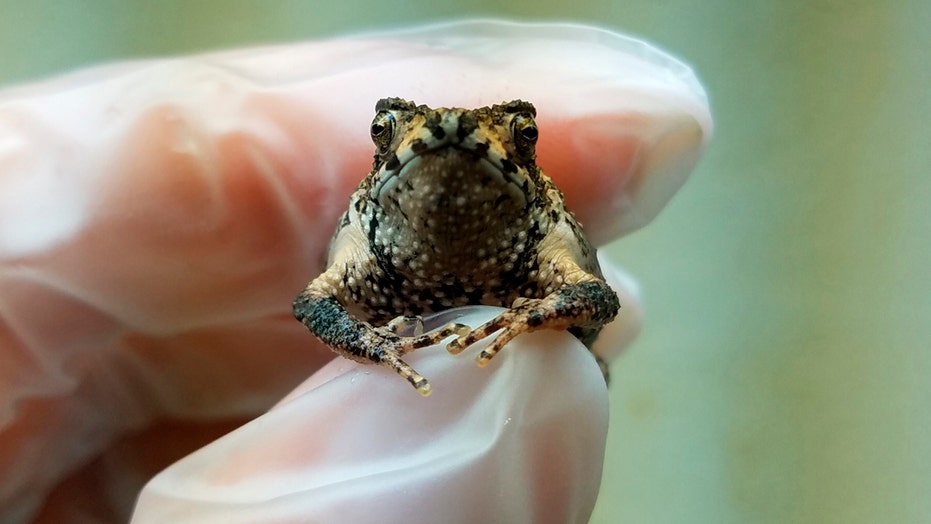 If you thought Olaf and Elsa were just taking over the box office this weekend, think again.

An extremely endangered Puerto Rican toad named Olaf became the first to be born via in vitro fertilization, as researchers attempt to save it from extinction.

The toad, named in honor of the frozen semen he came from, is the first of more than 300 Puerto Rican crested toads that hatched after the first attempt failed, Diane Barber, ectotherms curator at the Fort Worth Zoo in Texas, told The Associated Press.

“We don’t typically name our toads, but that one deserved special recognition,” Barber said in a phone interview with the AP. “We were super, super excited. ... You kind of hold your breath for 30 days to see if they’re going to metamorphose.”

In 2018, Barber, along with other researchers, traveled to the southwest town of Guayanilla to collect semen from six male Puerto Rican crested toads. The scientists were careful to select bigger toads that had what are called “nuptial pads” on their thumbs, which indicate sexual maturity and help them grab on to females, she said.

The semen is extracted from the toads' urine, normally making it easy to pick up. For those that did not urinate, Barber said another method was used.

“It’s kind of weird, but if you hold them in your hand and look at them and bark at them like a dog, they will pee,” she said.

According to the U.S. Fish and Wildlife Service, the Puerto Rican crested toad joined the federal endangered species list in 1987. Since 1993, the U.S. Fish and Wildlife Service, along with the Puerto Rico Department of Natural and Environmental Resources, the Association of Zoos and Aquariums, and other entities have worked to preserve the species, but this was the first time in vitro fertilization was used.

“This is a significant advance for critically endangered species, as it will allow zoos, researchers and other conservationists to expand their genetic population used to increase the general population while keeping toads in their natural and wild habitat,” Armando Otero, interim secretary of the island’s Department of Natural Resources, said in a statement.

One hundred of the more than 300 toads were sent to other zoos with captive breeding programs. The remaining 200 will be sent to Puerto Rico next month via FedEx and released into the wild.