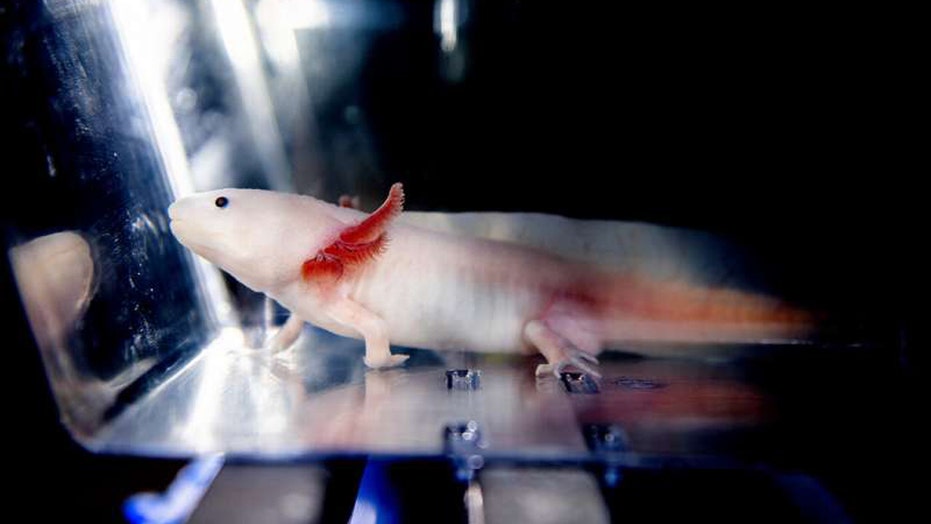 A rare form of salamander that eats its own siblings may be the key to unlocking limb regeneration in humans.

Known as an axolotl, this unique amphibian, which is described as "smiley-faced" and "feathery-gilled," lives in Mexico and has been known to eat the limbs of its siblings for food. It is an act that Northeastern University associate professor of biology James Monaghan believes could help with the ability to grow back human limbs, akin to the Marvel superhero Deadpool.

“It’s pretty gruesome, but cannibalism is a possible reason why they grow their arms back,” Monaghan said in a statement.

Within just a few months, the entire limb is regenerated researchers stated, including skin, bone and muscle, which may be linked to one molecule, neuregulin-1, used for the regeneration of limbs, lungs, and possibly hearts.

“When we removed it, regeneration stopped. And when we added it back in, it induced the regenerative response,” Monaghan added. “I’m not saying it’s a golden bullet for inducing regeneration in humans, too, but it could be part of the puzzle.”

Unlike axolotl, humans are "notoriously bad at regenerating," Monaghan added, noting that further research is needed to see if the axolotl's ability to "turn back on" the genes that are responsible for regeneration can be applicable for humans.

1 / 1James Monaghan, an associate professor of biology, studies the mechanisms that allow axolotls to regenerate parts of their body. Credit: Matthew Modoono/Northeastern University

“There is some association with neoteny and the ability to regenerate. But it’s not the main factor," he said.

“[Y]ou already made an arm once,” Monaghan continued. “If we could just learn how to turn back on those programs, our bodies might do the rest of the work.”