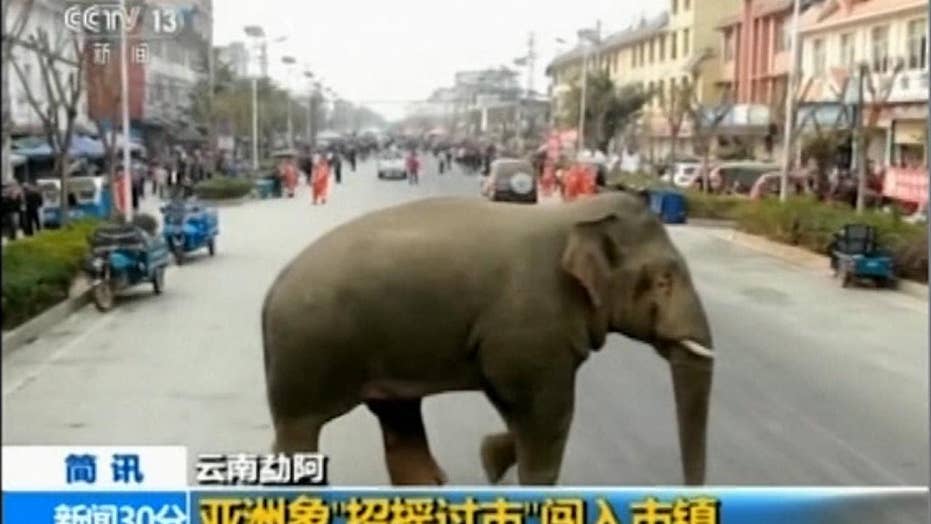 Raw video: Large wild elephant that separated from his group wanders through streets in Meng'a Town in southwest China's Yunnan Province. The animal was eventually led to safety.

It's definitely not something you expect to see.

A large wild elephant, which was apparently lost and separated from its herd, wandered through a busy town in China.

The elephant strolled calmly through the streets of Meng'a Town and didn't seem to cause any disruption, according to a video of the incident broadcast on CCTV.

Authorities were watching the elephant closely, presumably to make sure it didn't make trouble for the town's residents.

Eventually, officials led the elephant safely out of town.