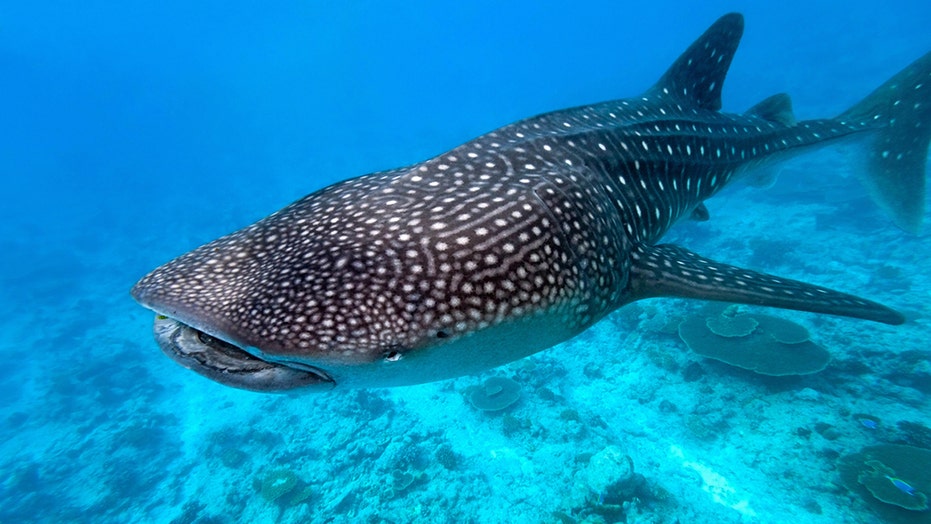 Florida fishermen captured amazing video of their swim with a 20-foot whale shark off the coast of Fort De Soto over the weekend.

Ryan Winters told FOX13 Tampa he was spearfishing with a friend 30 miles out when they spotted the whale shark. The friends jumped in the water, which was about 80 feet deep, to record the “gentle giant.” Winters said they spent about an hour swimming with it.

The shark was estimated to be 20 feet long and appeared friendly.

"We swam alongside him and he let us hitch a ride for a little bit. The encounter lasted about an hour. It was truly amazing and a once in a lifetime experience," he told Fox News. "We swam over to him and watched as he fed on plankton. It was really cool to see the entire ecosystem he supported underneath him."

Winters wrote on Facebook that he hoped that there would also be cobia – a scavenger fish that follows larger animals – but there weren’t any.

The endangered whale shark is the largest type of shark – and largest of all fishes – and can be found in tropical waters, according to the World Wildlife Fund. They can weigh as much as 11 tons and stretch as long as 40 feet long.

The filter feeders typically eat plankton and are described as “gentle giants” that “sometimes allow swimmers to hitch a ride,” according to National Geographic.

Editor’s note: A previous version of this article misidentified the spearfisherman. The article has since been updated.