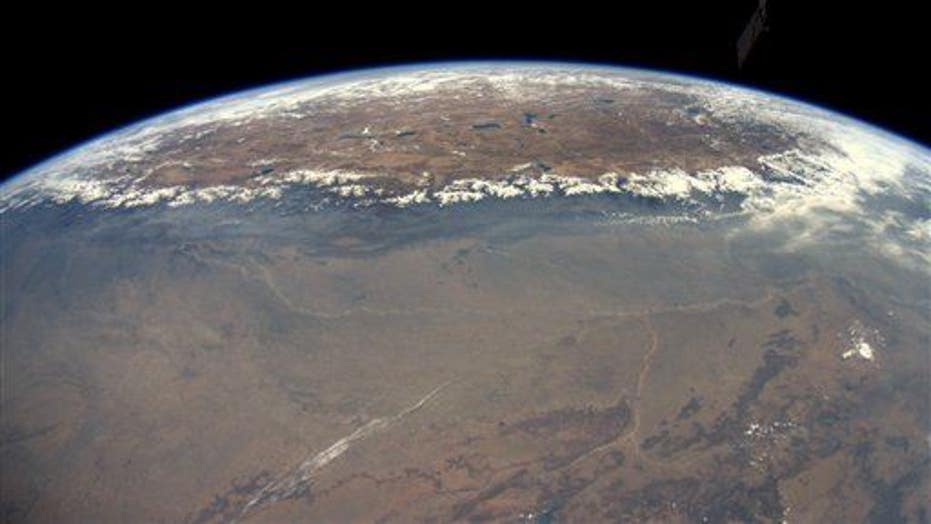 A massive glacier on the northwestern Tibetan Plateau in China has been the home to never-before-seen viruses, trapped for 15,000 years.

The research, published in the bioRxiv database, details how the researchers uncovered the 28 never-before-seen virus groups and what they can learn from them, including how viruses survived in various climates.

However, the researchers also warned that with glaciers around the world rapidly shrinking due to climate change, they could pose a threat.

May 6, 2003: In this file photo, Mount Everest, the world's tallest mountain situated in the Nepal-Tibet border as seen from an airplane. (AP)

Their efforts revealed 33 viruses ranging between 520 and 15,000 years old, 28 of which are new to science, according to the study's abstract.

"The microbes differed significantly across the two ice cores, presumably representing the very different climate conditions at the time of deposition that is similar to findings in other cores," the researchers added.

"At a minimum, this could lead to the loss of microbial and viral archives that could be diagnostic and informative of past Earth climate regimes; however, in a worst-case scenario, this ice melt could release pathogens into the environment," the researchers wrote in the study.

The researchers looked at two samples from the glacier, one from 1992 and the other from 2015, both of which had pristine insides, according to the study. They were placed in a cold room; used a band saw to cut a part of the outer layer; and then washed the ice with ethanol to melt 0.2 inches and another 0.2 inches with sterile water, Live Science reported.

One of the study's co-authors, Lonnie Thompson, told Vice it's "an exciting new area of research" for the group. Thompson did not immediately respond for comment to Fox News.

Lawmakers have expressed concern that climate change could unleash a variety of diseases trapped in glaciers that the modern world is unprepared to deal with.

Glacier melt is occurring all over the world, notably in Antarctica. In January 2019, researchers noted that ice in the region is melting more than six times faster than it did in the 1980s, including areas that were thought to be relatively stable and resistant to change.

A separate study suggested that sea ice in the Arctic could completely disappear through September each summer if average global temperatures increase by as little as 2 degrees Celsius and climate conditions continue to worsen.