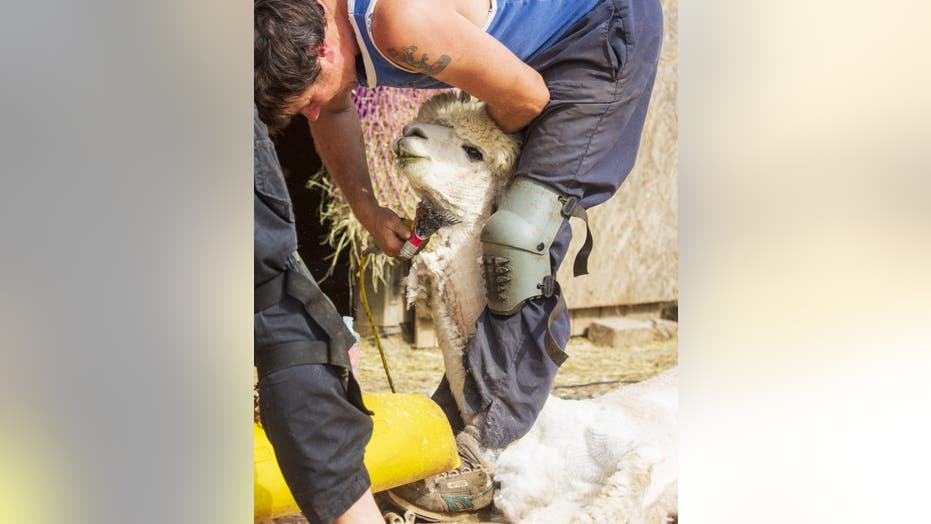 Haircuts have been hard to come by during the coronavirus pandemic, but one alpaca is going viral for looking relaxed while getting a trim.

The South American animal, which lives at Velvet Hall Alpacas in Innerleithen, Scottish Border, was captured on video getting a trim to remove its near 10-pound coat of hair, British news agency SWNS reports.

Stuart Ramsay and his wife Jean, started with four male alpacas in 2013, but they brought in females to start breeding. To keep them cool in the warm weather, the two bring in a shearer from New Zealand to the U.K., apparently to the excitement of the mammals.

“We’re not farmers, I’m an engineer and Jean works in a hospital pharmacy," Stuart explained. “It’s been a steep learning curve, but we got some females and started breeding and took it from there. It’s been good fun.”

“Some have four kilos of fleece on them, it’s like wearing three or four cashmere jumpers," Stuart, 56, said. “It only takes about five minutes to shear them, it’s not long. They will feel better afterward."

Ramsay, who works as an engineer, said they start at 8 a.m. and finish the group, including the young alpacas, around 1 p.m.