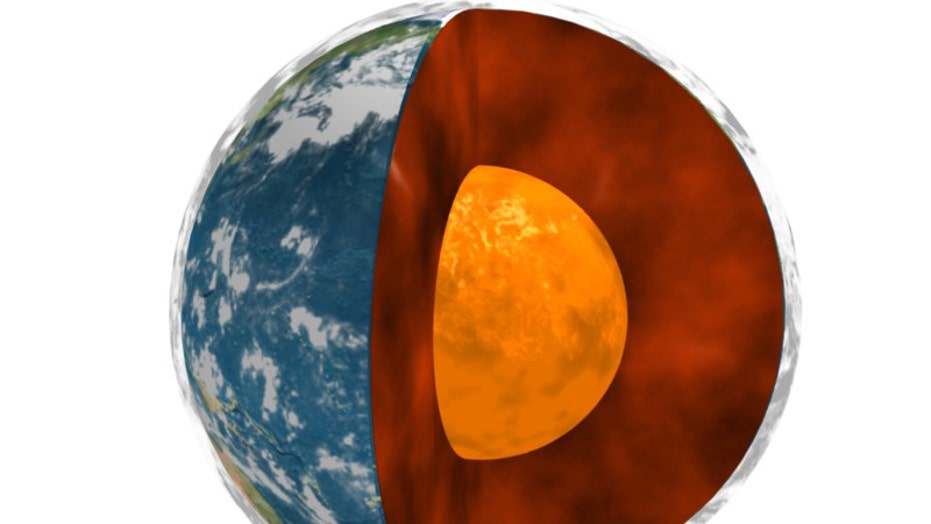 Researchers analyzed thousands of recordings of seismic waves, or sound waves traveling through the Earth. Echoes from the boundary between Earth’s molten core and the solid mantle layer above it led to the discovery. “The echoes revealed more widespread, heterogenous structures—areas of unusually dense, hot rock—at the core-mantle boundary than previously known,” said the University of Maryland, which participated in the research, in a statement.

The study is published in the journal Science.

“By looking at thousands of core-mantle boundary echoes at once, instead of focusing on a few at a time, as is usually done, we have gotten a totally new perspective,” said the paper’s lead author Doyeon Kim, a postdoctoral fellow in the UMD Department of Geology, in the statement. “This is showing us that the core-mantle boundary region has lots of structures that can produce these echoes, and that was something we didn’t realize before because we only had a narrow view.”

A machine-learning algorithm, developed by Johns Hopkins University and Tel Aviv University to find patterns in radiation from distant stars, was used to discover the echoes from what are known as shear waves.

In this illustration, earthquakes send sound waves through the Earth. Seismograms record the echoes as they travel along the Earth's core-mantle boundary. (Doyeon Kim, University of Maryland)

In a separate project, scientists recently identified the world’s largest shield volcano in the Hawaiian Islands, which is barely visible above the waters of the Pacific.