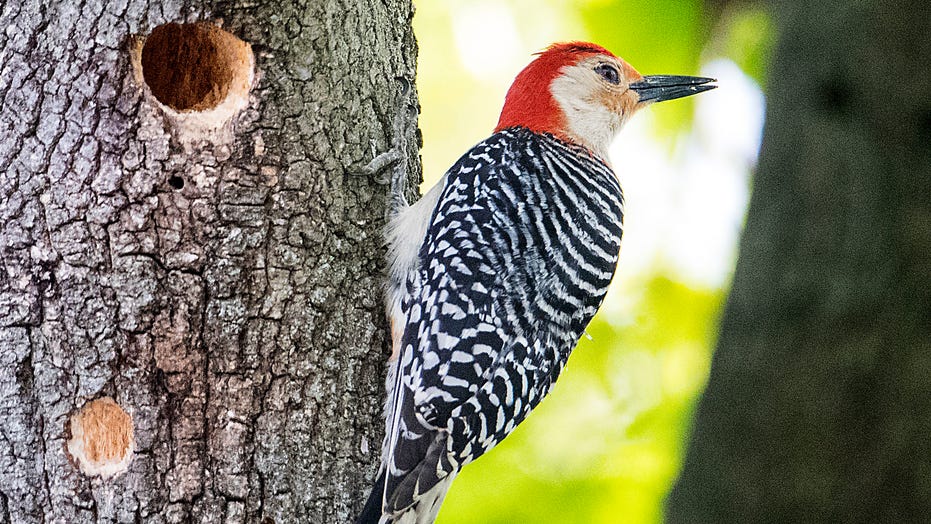 Nearly two-thirds of America's breeding bird species are at risk of extinction amid a warming climate, according to a new report.

Scientists at Audubon used 140 million observations, recorded by birders and other scientists, to pinpoint where 604 North American bird species live today — an area referred to as their “range.” Next, they used the latest climate models to project how each species’ range would shift as climate change and other human impacts advance across the continent.

Their report concludes that out of 604 species modeled, 389 are vulnerable to extinction, meaning that as soon as 2080, more than half of their current range may become uninhabitable -- and they wouldn’t gain new ground.

A red bellied woodpecker perches on a tree in a yard in Quincy, MA on May 7, 2019. (Photo by Matthew J. Lee/The Boston Globe via Getty Images)

"Ninety-nine percent of birds could have to cope with more frequent extreme-weather events, like intense spring heat and heavy rainfall; at the same time, sea-level rise and urbanization could consume much-needed habitat," the scientists write in a summary of their findings. "Most birds will likely experience multiple, compounding threats — unless we curb emissions and prioritize conserving the areas, identified by the models, that will be critical to climate-threatened birds."

The models that were used, which are reportedly the culmination of five years of research, are “cutting-edge,” according to Josh Lawler, an ecologist at the University of Washington in Seattle who uses similar models to predict how wildlife might respond to climate change; he was not involved in the Audubon study.

Audubon released a report in 2014 claiming that half of the country's birds are vulnerable to climate change. This new report takes each bird's biology into account, unlike the old report.

An adult whooping crane at the USGS Patuxent Wildlife Research Center in Maryland in 2017. (Photo by Salwan Georges/The Washington Post via Getty Images)