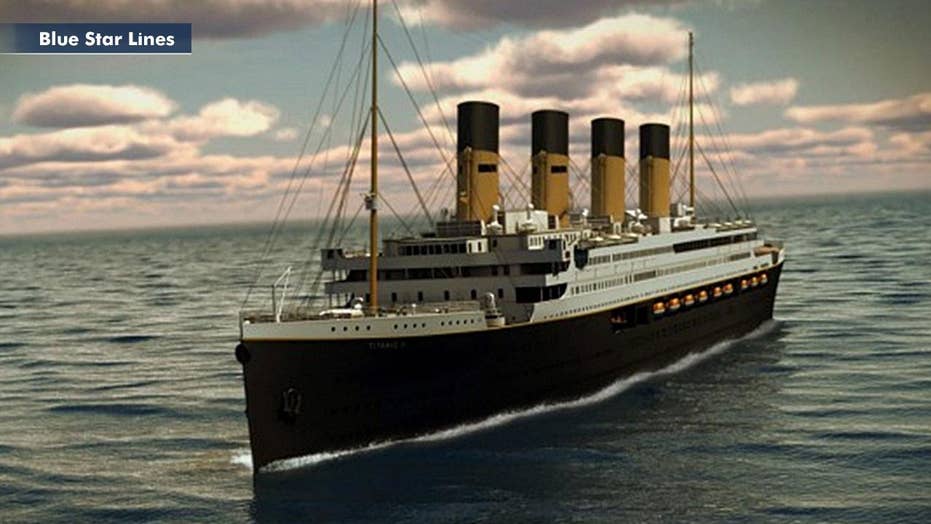 Top Talkers: Currently under construction, the Titanic replica will travel from Dubai to England before tracing the original North Atlantic journey to New York.

Billionaire Clive Palmer’s Titanic II project will open its European headquarters in Paris rather than London because he wants the office in Europe.

“It is of little use having a European headquarters outside Europe,’’ Mr. Palmer said in a statement in Brisbane on Monday.

In September Mr. Palmer announced work had recommenced in London by his company Blue Star Line.

In 2016 a narrow majority of British voters supported withdrawing from the European Union, although the controversial Brexit deal has yet to be secured.

Mr. Palmer began the project to build a replica Titanic and put the passenger ship into service between Southhampton and New York in 2012 but abandoned it in 2015 due to financial difficulties, but he now says it is going ahead.

“The decision will mean we won’t open our European office until March 2019, with Paris being ideally placed to suit the company’s needs,” Mr. Palmer said of the move.

It means Blue Star Lines staff will relocate to Paris for this date, where recruitment will take place for additional employees.

Mr. Palmer confirmed discussions were underway between the project’s World Director and suppliers and consultants worldwide to get Titanic II underway as soon as possible.

The ship will have the same interiors and layout as the original vessel, but modern technology and safety procedures.

“In 1912 the Titanic was the ship of dreams. For over a century Titanic’s legend has been powered by mystery, intrigue and respect for all she stood for,” he said in September when he announced the project was back on.

“Millions have dreamt of sailing on her, seeing her in port and experiencing her unique majesty. Titanic II will be the ship where those dreams come true.”

Titanic II was originally slated to make its maiden voyage in 2016, after construction was completed in China.