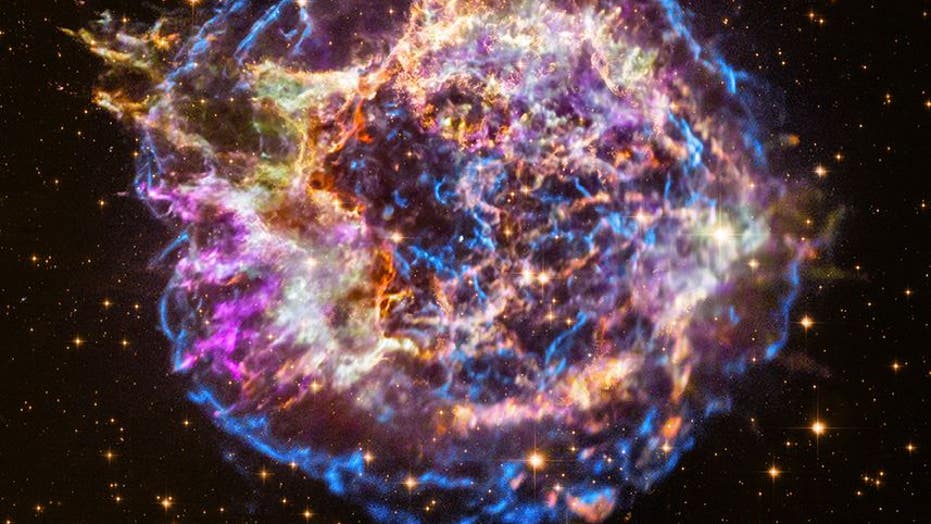 NASA released a new video that shows how a supernova morphs and moves over a period of 13 years.

Cassiopeia A, or Cas A, as the debris field is known, was probably generated after a star's explosion in 1680, according to the space agency.

The shock waves in blue can be seen as they pulse through space in data collected between 2000 and 2013 by NASA's Chandra X-Ray Observatory.

"As the blast wave travels outwards at speeds of about 11 million miles [18 million km] per hour, it encounters surrounding material and slows down, generating a second shock wave," Chandra mission personnel said in a statement.

According to Space.com, Cas A was the first object that Chandra observed not long after it launched out to space on July 23, 1999.

NASA noted that other observations from Chandra over the years have shown some of the elements necessary for life in the explosion and have produced 3D models of the supernova remnant.

The full video can be seen here.