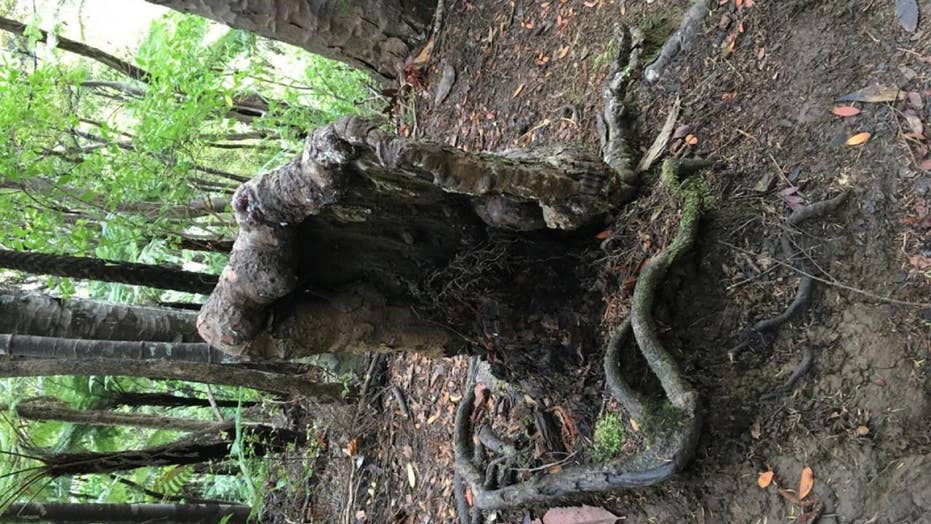 A strange ‘superorganism’ is keeping this ‘vampire’ tree in New Zealand alive.

It sounds like something straight out of "Stranger Things," but a forest "superorganism" is keeping a nearly-dead tree stump alive.

The stump of a kauri tree in New Zealand is still alive thanks to a network of intertwined roots that share resources, researchers have found, a network described as a forest "superorganism."

"My colleague Martin Bader and I stumbled upon this kauri tree stump while we were hiking in West Auckland," said one of the study's authors, Sebastian Leuzinger, in a statement. "It was odd, because even though the stump didn't have any foliage, it was alive."

"For the stump, the advantages are obvious — it would be dead without the grafts, because it doesn't have any green tissue of its own," Leuzinger added. "But why would the green trees keep their grandpa tree alive on the forest floor while it doesn't seem to provide anything for its host trees?"

Leuzinger, along with Bader, looked at the flow of nutrients of the stump and its neighbors and found that they drank water at different times.

"This is different from how normal trees operate, where the water flow is driven by the water potential of the atmosphere," Leuzinger said in the statement. "In this case, the stump has to follow what the rest of the trees do, because since it lacks transpiring leaves, it escapes the atmospheric pull."

Although it's unclear why the nearly dead tree has been kept alive by the surrounding kauri trees, the researchers offered one possible explanation: its roots may still have value as a kind of bridge. This would allow the other trees "to access more resources such as water and nutrients, as well as increase the stability of the trees on the steep forest slope."

"This has far-reaching consequences for our perception of trees — possibly we are not really dealing with trees as individuals, but with the forest as a superorganism," Leuzinger noted.

The research has been published in the scientific journal iScience.