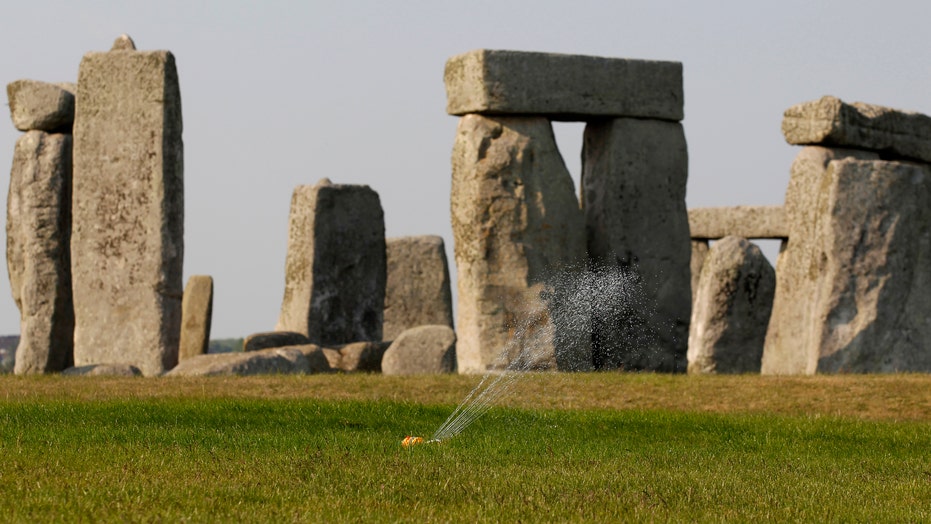 Contained as many as 90 stones standing 15 feet high

The huge stones at Stonehenge in Southern England came from just 15.5 miles away, according to new research.

Most of the sarsens, or sandstone boulders, came from West Woods in the English county of Wiltshire, researchers explain, citing the chemical composition of the stones. The sarsens are up to 30 feet tall and can weigh as much as 25 tons.

The research is published in the journal Science Advances.

"Until recently we did not know it was possible to provenance a stone like sarsen," said David Nash, the study’s lead author, in a statement. "It has been really exciting to use 21st century science to understand the Neolithic past and answer a question that archaeologists have been debating for centuries."

Portable X-ray fluorescence spectrometry (PXRF) was used to analyze the stones. "Next, the researchers performed inductively coupled plasma mass spectrometry (ICP-MS) and ICP-atomic emission spectrometry (ICP-AES) of samples from a core previously drilled through one sarsen stone and a range of sarsen boulders from across southern Britain,” the scientists explained, in the statement.

This led the scientists to West Woods. “The reason the monument's builders selected this site remains a mystery, although the researchers suggest the size and quality of West Woods' stones, and the ease with which the builders could access them, may have factored into the decision,” they explained in the statement.

Stonehenge continues to be a source of fascination for historians. Earlier this year English Heritage, which oversees the famous site, noted that parts of Stonehenge bear a resemblance to an ancient "Lego.”

In 2018, experts said that the site may have been built using Greek philosopher Pythagoras’ famous theorem 2 millennia before the mathematical equation was developed.

Last year a missing piece of Stonehenge was returned 60 years after it went missing during an archaeological excavation.

The World Heritage site is known for its alignment with the movements of the sun – thousands travel to the site near Amesbury in Southern England to mark the solstices in summer and winter.