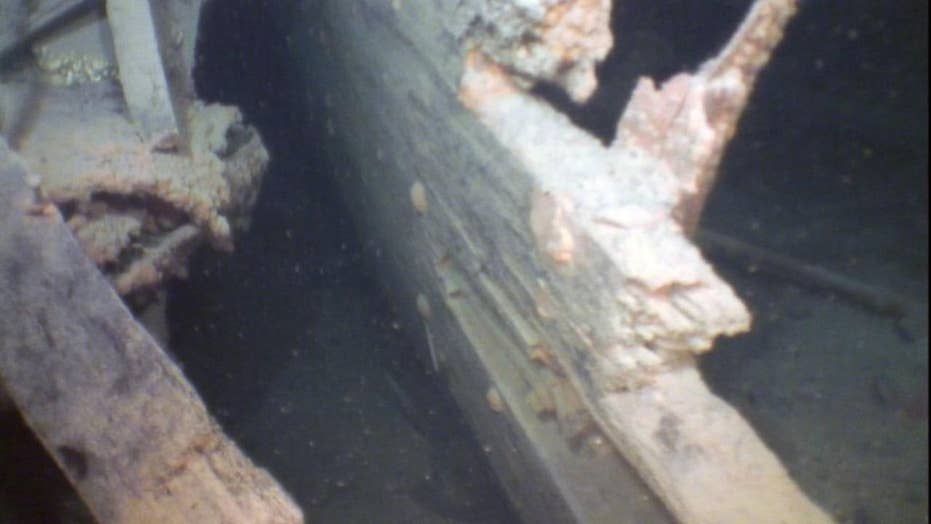 S.R Kirby rediscovered 103 years after its sinking in Lake Superior

The wreck of a steamer has been discovered 103 years after it was struck by a massive wave and sank in Lake Superior.

The Great Lakes Shipwreck Museum announced the discovery of the wreck of the S.R. Kirby off the Keweenaw Peninsula on Michigan’s Upper Peninsula.

Researchers found what appeared to be wreckage near Eagle Harbor, Mich., in 2018 and returned to identify the wreck with an underwater drone this year.

The ship, which was loaded with iron ore and towing an iron ore-laden steel barge, the George E. Hartnell, was caught in a fierce northwest gale in spring 1916, according to the Museum. “As the vessels closed on Eagle Harbor, MI, the Kirby was struck by a massive wave, broke-up, and quickly sank,” it explains in a statement. “Of the 22-man crew, only two were rescued.”

Researchers used an underwater drone to identify the wreck of the S.R. Kirby in Lake Superior. (Great Lakes Shipwreck Museum)

The captain’s dog was rescued by Eagle Harbor Coast Guard.

“This is an interesting ship, and a pretty sad story,” said Great Lakes Shipwreck Historical Society Executive Director Bruce Lynn in a statement.

Historical accounts indicate that the ship was heavily overloaded and perhaps unevenly loaded, when she departed Ashland, Wis., on her ill-fated final voyage, according to Lynn. “If this is true, she didn’t have much of a chance in such a storm,” he added. “It is probably a small miracle that other ships were in the area that morning, and helped the Hartnell and her crew to get to safety.”

Researchers are now documenting the wreck site and will eventually incorporate its story into the Museum at Whitefish Point, Mich.

Other shipwrecks have been in the spotlight recently. A mysterious 19th-century shipwreck, for example, was recently discovered by researchers testing underwater drone equipment in the Gulf of Mexico.

The creepy skeleton of an 86-year-old shipwreck has also been revealed by the shifting sands of a North Carolina beach.’

Earlier this year, a search for shipping containers that fell off a merchant ship during a storm led to the discovery of a historic 16th-century shipwreck off the Dutch coast.