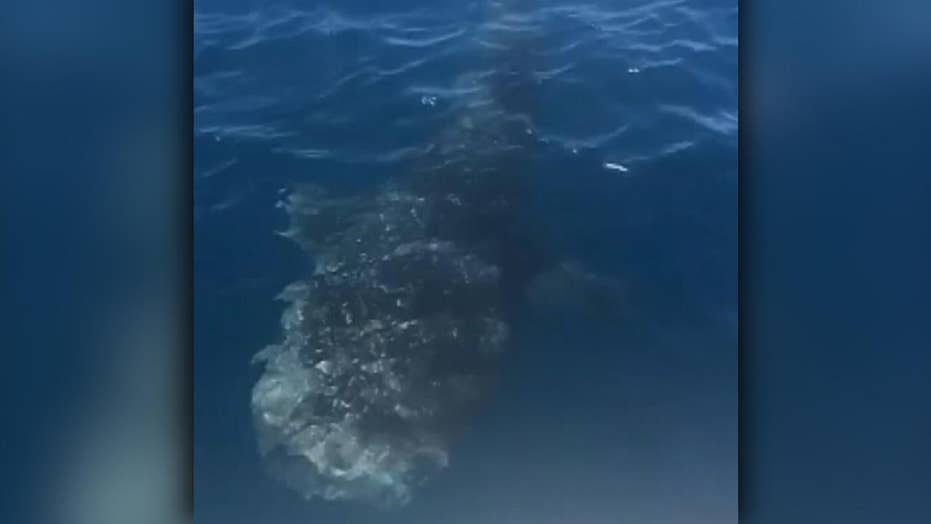 While fishing off of a charter boat near Charleston, South Carolina, Michael Krivohlavek and his fellow crew members were shocked to see a huge sea creature approach their vessel: a whale shark.

“This whale shark went right behind the boat,” Krivohlavek, 21, recalled to Fox News on Wednesday, adding the animal was “very interested” in the vessel and circled it multiple times.

Krivohlavek, who filmed the shark approaching the boat in a video that had nearly 10,000 views as of Wednesday afternoon, said the crew saw the creature roughly 36 miles off the Charleston coast in October.

The 21-year-old estimated the whale shark was 25 feet in length, though National Geographic reported these creatures – considered to be the largest fish in the sea – can reach 40 feet or more. Whale sharks, which are typically found in warm, tropical waters, mainly feed on plankton. Much like the basking shark, these creatures are “filter feeders," according to the publication, which added whale sharks are "docile fish" and "sometimes allow swimmers to hitch a ride."

Though this isn’t the first time the seasoned fisherman has spotted a whale shark – Krivohlavek said he saw them on multiple occasions while living in Mexico – the experience was still “one of the coolest [he's] ever seen," he said.

Krivohlavek said the crew stayed put for roughly 25 minutes before the creature swam away.

“We didn’t move out of caution for the fish. But we didn’t want to move,” he said, adding the experience was “pretty neat.”