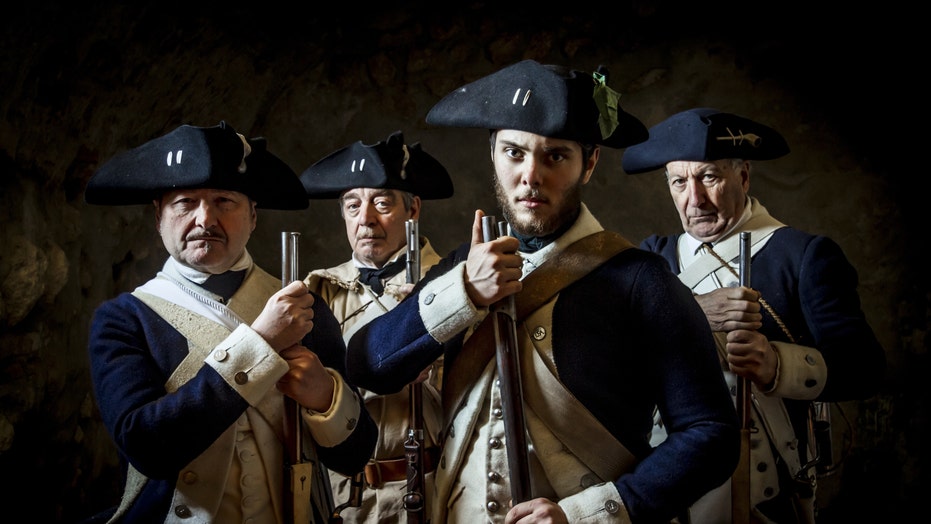 Skeletons have been discovered beneath a historic house in Connecticut that may be the remains of Revolutionary War soldiers.

The three skeletons were found under the foundation of the 18th-century house in Ridgefield, according to the Ridgefield Historical Society.

Connecticut State Archaeologist Nicholas Bellantoni told Fox News that the first skeleton was discovered in November by workers cementing the dirt basement of the house. Two more skeletons have since been discovered in densely compacted soil at the site.

Identified as historical remains, the first skeleton has been removed from the site and archaeologists are now working to excavate the remaining two skeletons. "The bone, for 18th-century, is in good condition, but the compaction of the soil around the bone has been difficult ... it's a hard compacted loam with large pockets of clay," Bellantoni told Fox News.

REVOLUTIONARY WAR RIFLE STOLEN NEARLY 50 YEARS AGO BACK ON DISPLAY

The Friends of the Office of State Archaeology and University of Connecticut graduate students have also been working on the excavation. "We're going to finish today or tomorrow in terms of the excavation of the remains," Bellantoni added.

Bellantoni thinks it is likely that the remains are from Revolutionary War soldiers. "Because of the battlefield, they had little choices in terms of where to bury them, they had to bury them hastily," he said. "After the battle, we know that [the British] spent the night in Ridgefield - that gave them the time to strip the bodies and bury them."

However, it's not clear whether the remains are of American troops or British forces. Even a series of buttons found with one of the skeletons has not shed any light on that individual's allegiance. When the two remaining skeletons are excavated the remains will all be sent for analysis, which Bellantoni hopes will provide additional insight. "Hopefully the skeletal remains will key us in," he said.

REVOLUTIONARY WAR DIARY SHEDS LIGHT ON DEBORAH SAMPSON, WHO DISGUISED HERSELF AS A MAN TO JOIN THE CONTINENTAL ARMY

Revolutionary War discoveries and artifacts have been grabbing plenty of attention. A Revolutionary War rifle that was stolen in 1971 and discovered at a barn sale almost 50 years later was recently back on display after being reunited with its owner.

An illustration of the burial positions. (Teagan Smith)

A remarkable Revolutionary War diary written by a Massachusetts corporal has also been shedding light on Deborah Sampson, who disguised herself as a man to join the Continental Army. The Museum of the American Revolution in Philadelphia will display the diary in 2020.