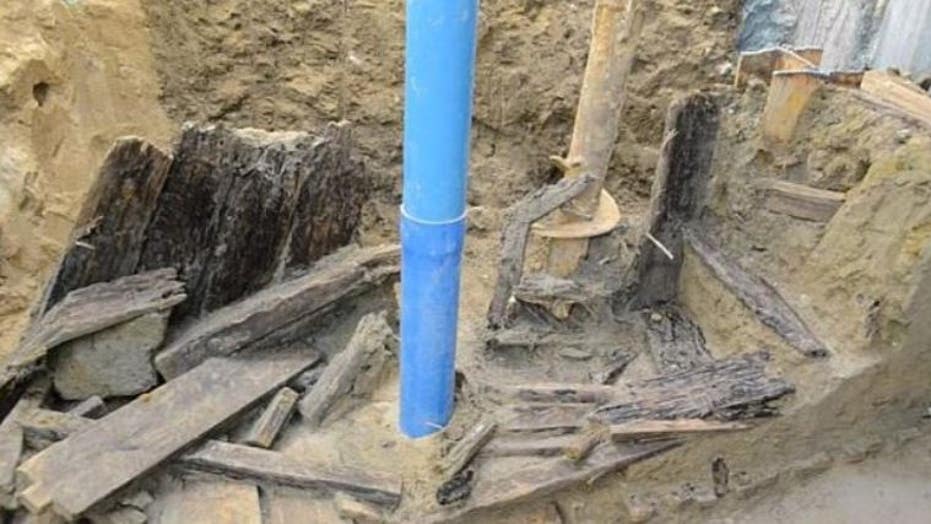 Archaeologists have discovered a secret tunnel while excavating for a new train station in Copenhagen, Denmark.

The Museum of Copenhagen scientists identified the tunnel in connection with work being done for a new Metro link at Østerport Station, according to CPH Post Online.

They believe the wooden remnants, located 18 feet underground, are part of a secret escape tunnel dating back to the late 1800s.

“The tunnel is seemingly cut off by the rampart at Østerport Station, but the other end continues under Østbanegade. We don’t know if it turns or where it ends. It’s a mystery,” Christian Andreas Flensborg, an archaeologist with the Museum of Copenhagen, told TV2 Lorry.

At first, researchers thought the tunnel dated back to the 1600s, but after analyzing the wood, they determined it was from a tree that was cut down in 1874.

These types of construction methods have reportedly been discovered in tunnels built on the western front during World War II.

“It’s odd that you make a tunnel that no one knows about. This construction must have been secret. It’s a part of Copenhagen’s military history,” said Flensborg.