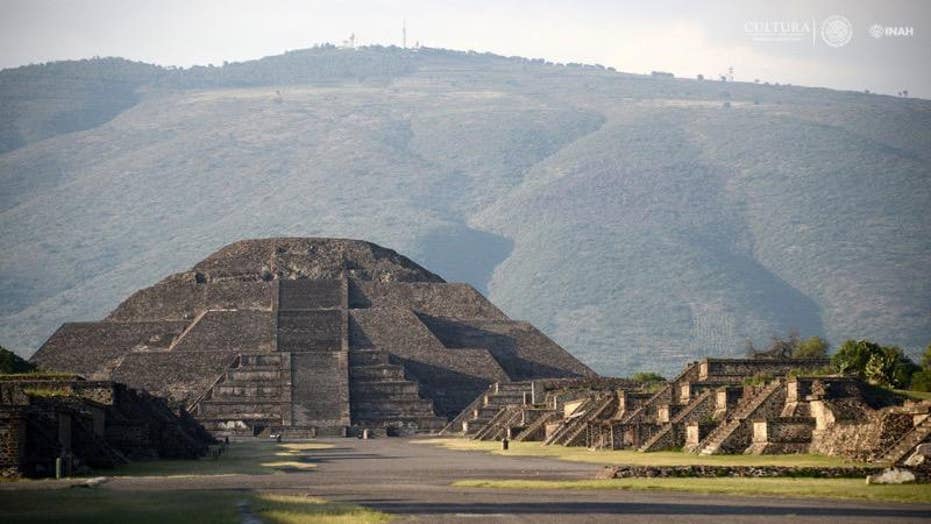 Hidden chamber and tunnel found under Pyramid of the Moon

Researchers have uncovered a mysterious chamber and tunnel under Mexico’s Pyramid of the Moon. They believe it was used as a ritual space for funerals.

Archaeologists in Mexico have discovered a mysterious tunnel and chamber beneath the Pyramid of the Moon in the ancient city of Teotihuacán.

Researchers from Mexico’s National Institute of Anthropology and History (INAH) and the Institute of Geophysics at the National Autonomous University of Mexico (UNAM) located the hidden spaces at the famous site near Mexico City.

With a diameter of 49 feet, the chamber may be a ritual space that was used for funerals, according to experts. The hidden room and its tunnel could be linked to the ancient culture’s concept of the underworld, they say, in a statement.

The chamber and tunnel were discovered using electrical resistance technology in Summer 2017. The results of the archaeologists’ study have just been announced.

The chamber and tunnel were discovered beneath the Pyramid of the Moon. (Photo Mauricio Marat INAH)

Human skeletons have been found in other tunnels excavated at the Pyramid of the Moon, prompting speculation that similar remains may be inside the newly-discovered tunnel.

The tunnel, which runs to the southern part of Teotihuacán’s Plaza of the Moon, is the latest fascinating find to shed new light on Mexico’s ancient history. An ancient mask depicting a 7th-century Maya king, for example, was recently discovered in southern Mexico.

A vast array of skulls buried beneath the streets of modern Mexico City are also revealing the grisly details of Aztec human sacrifice.

Models generated by studying of electrical resistance in the subsoil of the Pyramid of the Moon. (Courtesy Institute of Geophysics of the UNAM)

The area was once the epicenter of the Aztec city of Tenochtitlan - a gruesome site where human sacrifices were performed to honor the gods.