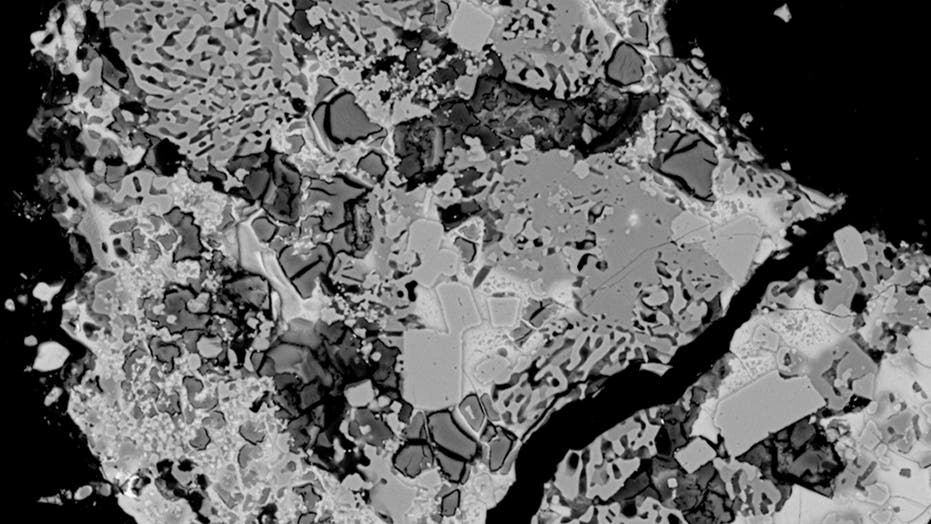 NASA's plan is to return astronauts to the Moon by 2024, but the European Space Agency is working on a plan to help humans breathe on the celestial satellite — by turning moondust into oxygen.

The ESA announced that it was creating a "prototype oxygen plant" to create oxygen using simulated lunar material, not only to help astronauts breathe, but for rocket fuel as well, according to Beth Lomax of the University of Glasgow, whose work is being supported by the ESA's Networking and Partnering Initiative.

“Having our own facility allows us to focus on oxygen production, measuring it with a mass spectrometer as it is extracted from the regolith simulant,” Lomax said in a statement. “Being able to acquire oxygen from resources found on the Moon would obviously be hugely useful for future lunar settlers, both for breathing and in the local production of rocket fuel.”

On the left side of this before and after image is a pile of simulated lunar soil, or regolith; on the right is the same pile after essentially all the oxygen has been extracted from it, leaving a mixture of metal alloys. Both the oxygen and metal could be used in future by settlers on the Moon. (Credit: ESA)

Alexandre Meurisse, a research fellow at the ESA, notes that by having their own facility, the researchers can tweak the process, including "reducing the operating temperature" and "eventually designing a version of this system that could one day fly to the Moon to be operated there.”

Samples returned from the lunar surface have confirmed that the regolith (the layer of rocky material that covers the bedrock) is comprised of between 40 and 45 percent oxygen, but it's mostly in the form of minerals or as oxides, making it not available for immediate use. So to fix that, the ESA is using their oxygen extraction and using a method known as molten salt electrolysis to help create oxygen into a usable form, while also turning the regolith in metal allows that can be used.

“At Metalysis, oxygen produced by the process is an unwanted by-product and is instead released as carbon dioxide and carbon monoxide, which means the reactors are not designed to withstand oxygen gas itself,” Lomax explained. “So we had to redesign the [European Space Research and Technology Center] version to be able to have the oxygen available to measure. The lab team was very helpful in getting it installed and operating safely.”

The ultimate goal is to get a "pilot plant" that could work in a sustainable manner on the Moon, with the target date in the middle of the decade.

“ESA and NASA are heading back to the Moon with crewed missions, this time with a view towards staying,” Tommaso Ghidini, Head of ESA’s Structures, Mechanisms and Materials Division, added. “Accordingly we’re shifting our engineering approach to a systematic use of lunar resources in-situ. We are working with our colleagues in the Human and Robotics Exploration Directorate, European industry and academia to provide top class scientific approaches and key enabling technologies like this one, towards a sustained human presence on the Moon and maybe one day Mars.”

NASA’s Artemis program aims to land American astronauts on the Moon by 2024 and establish a sustainable human presence on Earth’s natural satellite.