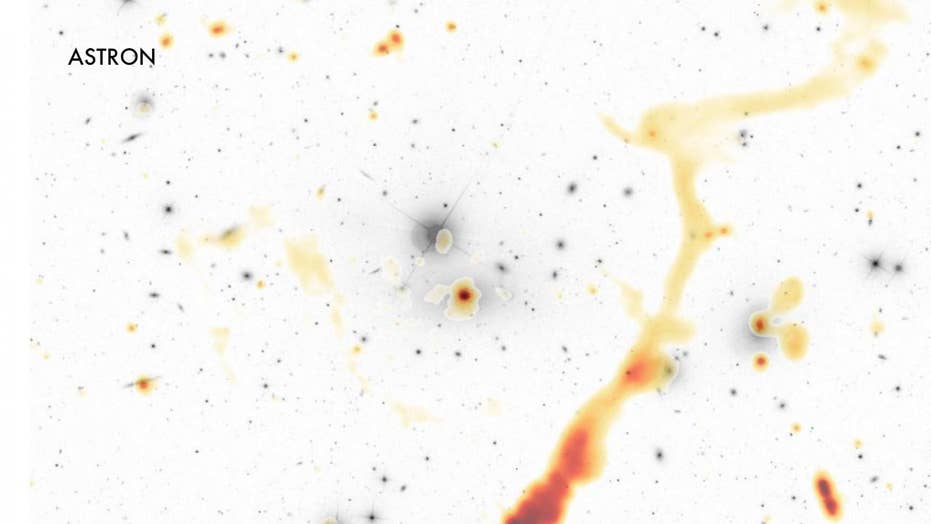 The new discovery was made by a team of more than 200 astronomers from around the globe looking at data from the Low Frequency Array (LOFAR), a network of telescopes operated by the Netherlands Institute for Radio Astronomy.

It may look like cells under a microscope, but what you're looking at is a sky map of hundreds of thousands of previously undetected galaxies, some of which have black holes that "never stop eating."

The new discovery was made by a team of more than 200 astronomers from around the globe looking at data from the Low Frequency Array (LOFAR), a network of telescopes operated by the Netherlands Institute for Radio Astronomy.

"What we are beginning to see with LOFAR is that, in some cases, clusters of galaxies that are not merging can also show this emission, albeit at a very low level that was previously undetectable," Annalisa Bonafede of the University of Bologna and INAF, said in a statement. "This discovery tells us that, besides merger events, there are other phenomena that can trigger particle acceleration over huge scales."

LOFAR looked at 300,000 sources, with the statement noting that "almost all of which are galaxies," with radio signals having traveled "billions of light years before reaching Earth," and found that they emit jets of material that can be seen at radio wavelengths.

University of Edinburgh researcher Philip Best said: "LOFAR has a remarkable sensitivity and that allows us to see that these jets are present in all of the most massive galaxies, which means that their black holes never stop eating."

More work is needed to be done to understand all of the images taken of the entire northern sky, which are expected to reveal some 15 million radio sources.

"Just imagine some of the discoveries we may make along the way," ASTRON Director General Carole Jackson said in the statement. "I certainly look forward to it."

The findings were published in a special edition of the journal Astronomy & Astrophysics.