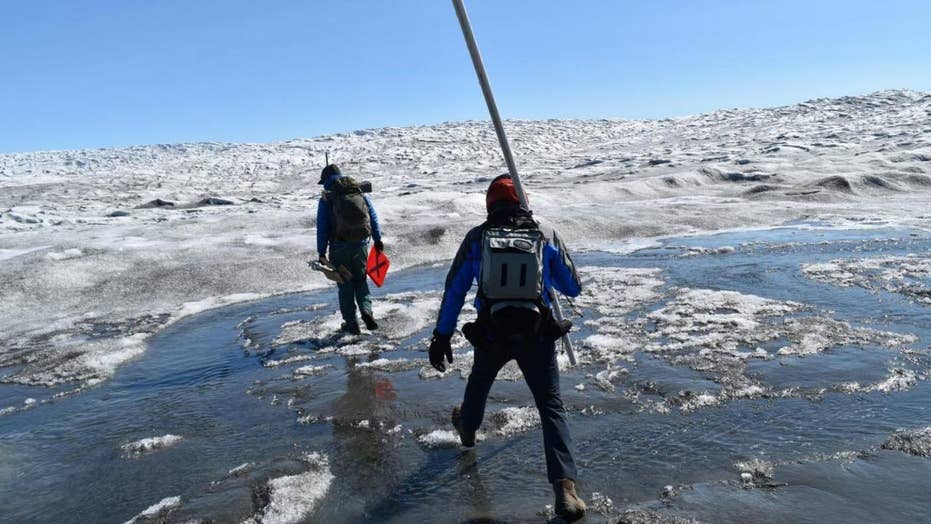 Rain is melting Greenland ice sheet even in winter

The rain is melting the Greenland ice sheet even in the winter, according to an alarming study.

A stunning new study delves into the depths of the increase in rainfall seen in Greenland and the global implications it has for melting the massive ice sheets, especially during winter time.

The study, published in the scientific journal The Cryosphere, found that winter (defined as either October to March or from December to February) has recently seen a sharp increase in rain spells from the early phase of the study, from 2 events to 12.

"If it rains in the winter, that preconditions the ice to be more vulnerable in the summer," said  Marco Tedesco, a glaciologist at Columbia University's Lamont-Doherty Earth Observatory and coauthor of the study, in a statement. "We are starting to realize, you have to look at all the seasons."

While sea levels are presently rising, at a rate of approximately one-eighth of an inch per year according to The National Oceanic and Atmospheric Administration, a complete melting of the ice sheets in Greenland would be catastrophic.

Sea levels would rise approximately 20 feet, according to calculations from the National Snow and Ice Data Center, which would cause significant damage to coastal cities across the globe.

The increase in rainfall also has broader implications for the health and longevity of the ice sheet itself, the authors noted.

"The simultaneity of melting and precipitation in a single weather event suggests that mass gain and mass loss are closely connected," they wrote in the study.  "In winter, especially, the high correlation between Mode 2 and precipitation implies that the weather pattern, responsible for the most anomalous increases in the melt extent, simultaneously accounts for ∼59 [percent] of the total seasonal precipitation."

The study looked at satellite pictures of the ice sheet, as well as data from 20 weather stations from 1979-2012 to come up with the results. The findings surprised the researchers, with the winter rainfalls causing a melting of the ice, despite the colder temperatures.

"That was a surprise to see," the study's lead author, Marilena Oltmanns of Germany's GEOMAR Centre for Ocean Research, said in the statement. Oltmanns added that over the life of the study, melting associated with the rain doubled during the summer and tripled during the winter.

"It does make sense because we're seeing flows of warm air coming up from the South, but it's still surprising to see that associated with rainfall," she told the BBC.

The longer-term effects are becoming clearer, the study's authors said. Part of the meltwater runs off, but the rest that does not run off stays in place and refreezes. But that refreezing become a darker, denser mass of ice which melts more easily when the Sun comes out, which causes more melting in what was described as a "vicious feedback loop."

As a result, melting is happening sooner and in a more pronounced fashion, Tedesco said.

Richard Alley, a Pennsylvania State University glaciologist, said that the new paper adds to the understanding. "The big picture is clear and unchanged," he said. "Warming melts ice."