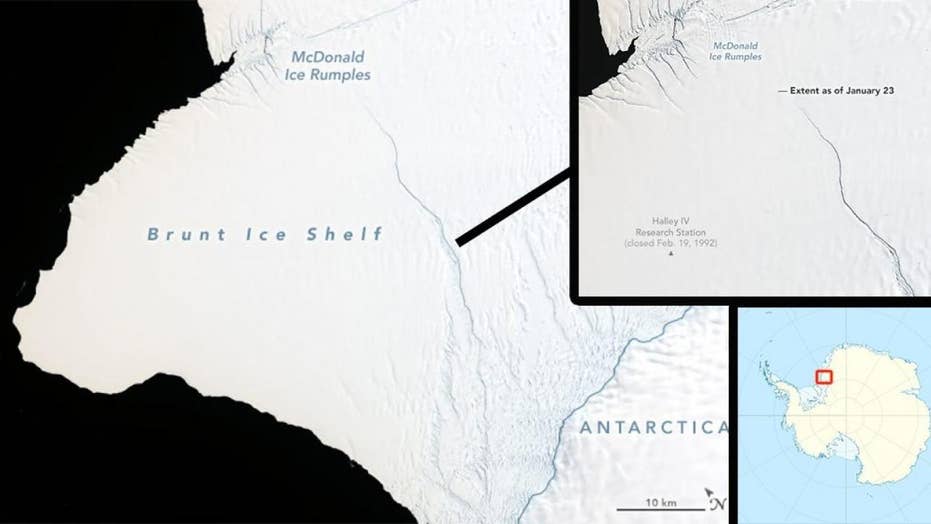 NASA Scientists warned that a massive iceberg will soon calve — or break off — from Antarctica's Brunt Ice Shelf almost twice the size of New York City.

Scientists warned Sunday that a massive iceberg will soon calve — or break off — from Antarctica's Brunt Ice Shelf and they're increasingly concerned about the "uncertain future" it creates for future research opportunities there.

The iceberg is expected to be about twice the size of New York City, according to NASA scientists, who have observed cracks growing across the ice shelf in recent years.

"It is not yet clear how the remaining ice shelf will respond following the break, posing an uncertain future for scientific infrastructure and a human presence on the shelf that was first established in 1955," the scientists wrote.

ANCIENT ANTARCTIC ICE SHEET COLLAPSE COULD CAUSE A GLOBAL FLOOD

As one notable crack, which appeared in October 2016, continues to progress east, scientists said their "more immediate concern" is a large rift running through the Brunt Ice Shelf. NASA said that while the rift was "previously stable for about 35 years, this crack recently started accelerating northward as fast as 4 kilometers (nearly 2.5 miles) per year." 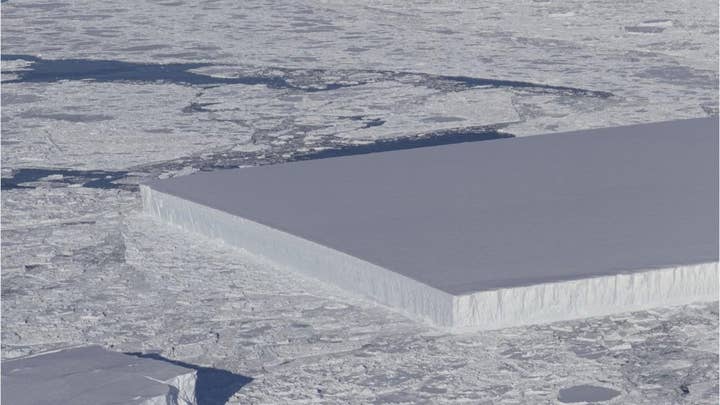 When that rift makes its way toward the other crack, an estimated 660 square miles of ice will break from the shelf, scientists warned. They said that while that most likely wouldn't make the "top 20 list" of Antarctica's biggest icebergs, "it may be the largest berg to break from the Brunt Ice Shelf since observations began in 1915."

NASA scientists are observing "to see if the loss will trigger the shelf to further change and possibly become unstable or break up."