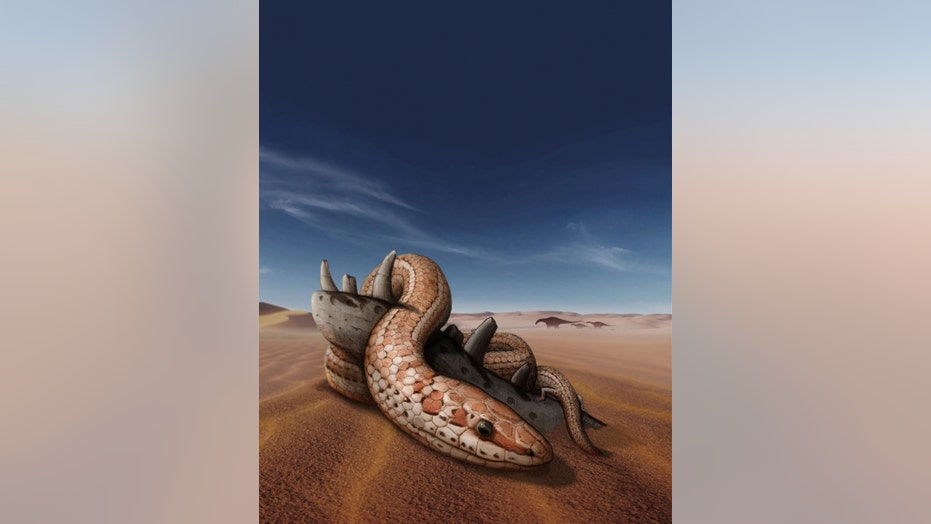 Researchers have found fossilized evidence that snakes had limbs, as well as cheekbones, around 100 million years ago.

The researchers looked at a "strikingly well-preserved" fossil of a snake known as Najash rionegrina, discovered in Argentina. N. rionegrina has been named after the Biblical snake, Nahash, which tempted Adam and Eve in the Garden of Eden with forbidden fruit.

“Our findings support the idea that the ancestors of modern snakes were big-bodied and big-mouthed— instead of small burrowing forms as previously thought,” explained the study's lead author, Fernando Garberoglio, in a statement. “The study also reveals that early snakes retained their hindlimbs for an extended period of time before the origin of modern snakes which are for the most part, completely limbless.”

Michael Caldwell, one of the study's co-authors, added that researchers have not been able to gather any significant information about the early evolution of snakes, due to a lack of fossils.

“This research revolutionizes our understanding of the jugal bone in snake and non-snake lizards,” Caldwell, a professor at the University of Alberta, added. “After 160 years of getting it wrong, this paper corrects this very important feature based not on guesswork, but on empirical evidence.”

The researchers performed CT scans to visualize the skull structures inside the specimen, looking at pathways for nerves and blood vessels, as well as the entire skeletal structure.

“This research is critical to understanding the evolution of the skulls of modern and ancient snakes,” added Caldwell.

The study has been published in the scientific journal, Scientific Advances.