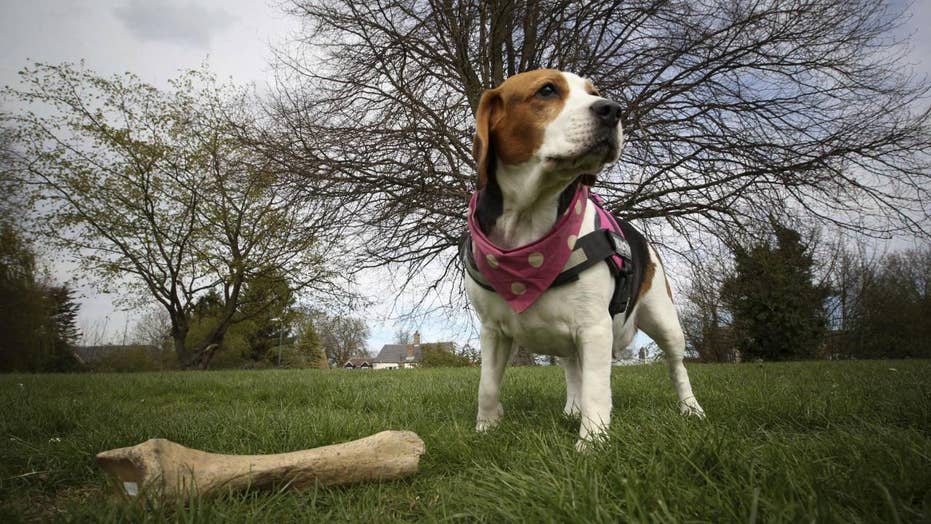 Four-year-old Crystal has been trained to sniff out fossils and the remains of prehistoric creatures by her paleontologist owner Jamie Jordan, SWNS is reporting.

"Beagles are well known for their sense of smell, and if they can be trained to sniff out drugs, weapons and bombs. why not try fossils?" he said.

Jordan, who runs museum and educational center Fossils Galore in March, Cambridgeshire, trained Crystal by having her sniff out bones from the Ice Age. "They have a very organic, very pungent and clay-like smell," he said.

The 4-year-old beagle has been trained to sniff out prehistoric remains. (SWNS)

Crystal’s biggest find came in 2016 when she sniffed out the leg bone of a woolly rhino, which has been dubbed “Stompy.” Recently released images show the pooch and her prehistoric prize.

The dog gets a treat whenever she makes a discovery.

"If they're on the surface she'll sniff it out and howl to alert us, but if the bone is underground Crystal will just dig down,” Jordan told SWNS.

Jordan was inspired by the pioneering Victorian paleontologist Mary Anning, who hunted for fossils with her dog Tray on a stretch of the U.K.’s southern coastline dubbed the “Jurassic Coast.”

Anning’s remarkable life is depicted in the upcoming movie “Ammonite,” which stars Kate Winslet as the fossil hunter.

Other stunning prehistoric finds have been made in unlikely circumstances. In 2017, for example, a 10-year-old-boy literally stumbled upon a million-year-old Stegomastodon skull while hiking with his family in New Mexico.