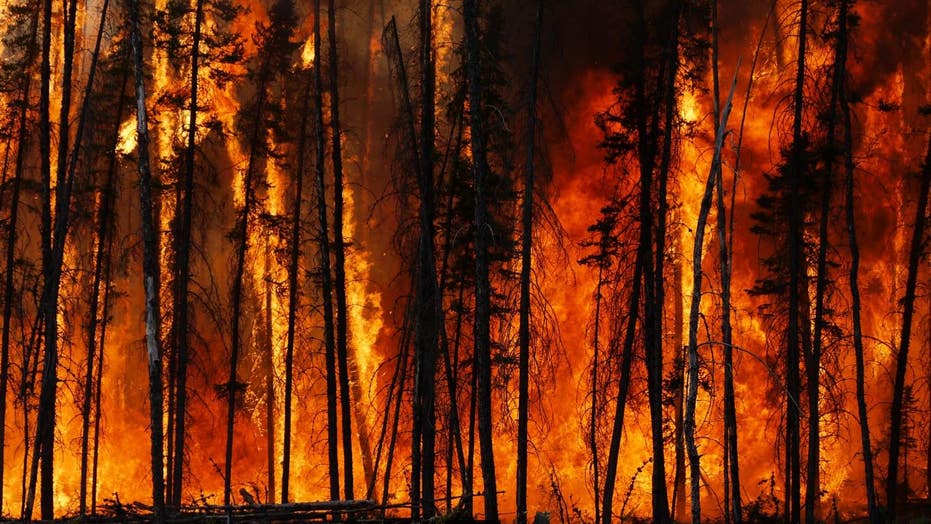 Air pollutants from fires as far away as Canada and the southeastern U.S. have traveled hundreds of miles to spike pollution concentrations in New York City and Connecticut.

Researchers monitored the air quality at five different sites in the New York metropolitan area for the study, which was published on Tuesday in the European Geosciences Union journal Atmospheric Chemistry and Physics.

In August 2018, they saw two spikes in the presence of air pollutants – both of which took place during air quality advisories for ozone in the New York area.

The pollutants were the kind found in the smoke of wildfires and controlled agricultural burning, researchers explained in a story accompanying their study.

Using a combination of data from the observation sites, smoke maps from satellite images and 3-D models of air parcels, scientists traced the pollutants’ origin in the first event to fires on the western coast of Canada, and the second event to the southeastern U.S.

Biomass burning, which happens with wildfires and in some controlled burns, releases different types of particulate matter into the air, including PM2.5.

“Given the sensitivity of people to the health effects emerging from exposure to PM2.5, this is certainly something that needs to be considered as policy-makers put together long-term air quality management plans,” Drew Gentner, associate professor of chemical and environmental engineering, said in a statement.