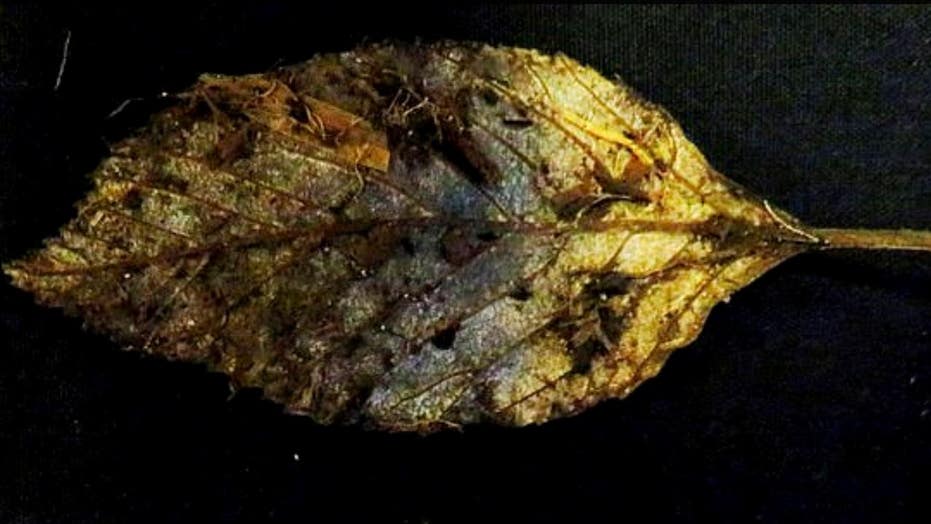 A leaf that fell from an elm tree more than 6,000 years ago was discovered intact by archaeologists in the United Kingdom.

Scientists found the leaf -- along with a selection of Stone Age tools and pottery -- when they were clearing a piece of land outside of Blackpool along the coast of northern England.

Lead archaeologist Fraser Brown told The Daily Mail that the finds were of national significance.

CYBORG LOCUSTS COULD BE USED TO SNIFF OUT BOMBS, SCIENTISTS SAY

A perfectly-preserved leaf (seen above) that fell from an elm tree 6,000 years ago has been discovered intact. (Highways England/SWNS)

"We have found extensive deposits of peat and marine clays which have helped preserve ancient plant remains and which yield information on the local vegetation, water, climate, and human activity," he explained to the British publication.

Rare pottery and tool fragments found at the site include (on the left) parts of a Carinated Bowl. On the right, from the same site, are some ancient twigs and hazelnuts. (Highways England/SWNS)