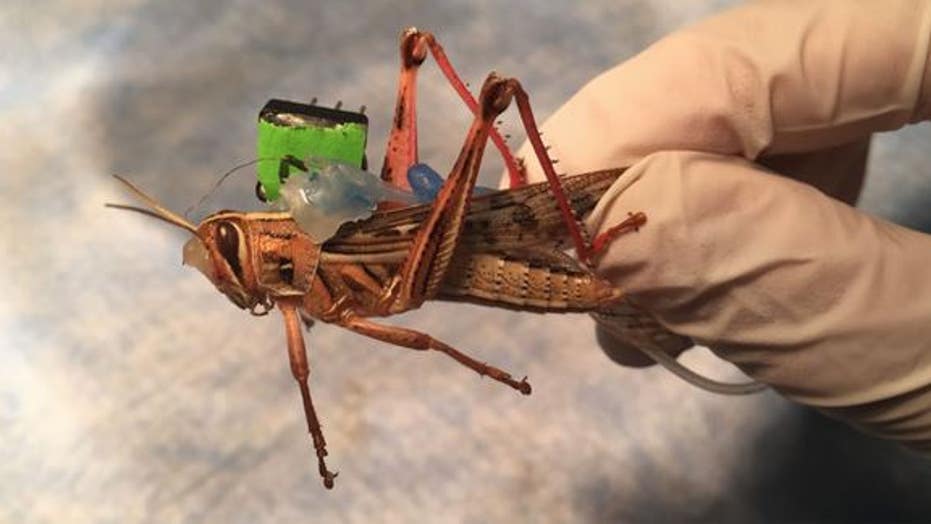 Could cyborg locusts be the bomb-sniffing dogs of the future?

Scientists who received funding from the U.S. Navy revealed last week that they were able to program the bugs to sense various different smells, including from explosives.

The team's preprint research paper, published in BioRxiv, states that the insects have been used to detect gases released by substances such as ammonium nitrate – often used by terrorist groups for bomb-making – as well as military explosives TNT and RDX.

The robot-bound locusts were exposed to five different explosives, and it only took 500 milliseconds of exposure for a distinct pattern of activity to appear in the locusts' brains. The scientists chose locusts because their tiny antennae are filled with about 50,000 olfactory neurons.

Researchers chose locusts because they are sturdy and can carry heavy payloads, according to the preprint paper. They implanted electrodes into the insects' brains to analyze their neural activity when they were around different substances.

Although the team has not commented about its new work, lead scientist Baranidharan Raman, associate professor of biomedical engineering in the School of Engineering and Applied Science at Washington University at St. Louis, expressed optimism when he received the grant.

“We expect this work to develop and demonstrate a proof-of-concept, hybrid locust-based, chemical-sensing approach for explosive detection,” Raman told The Source.