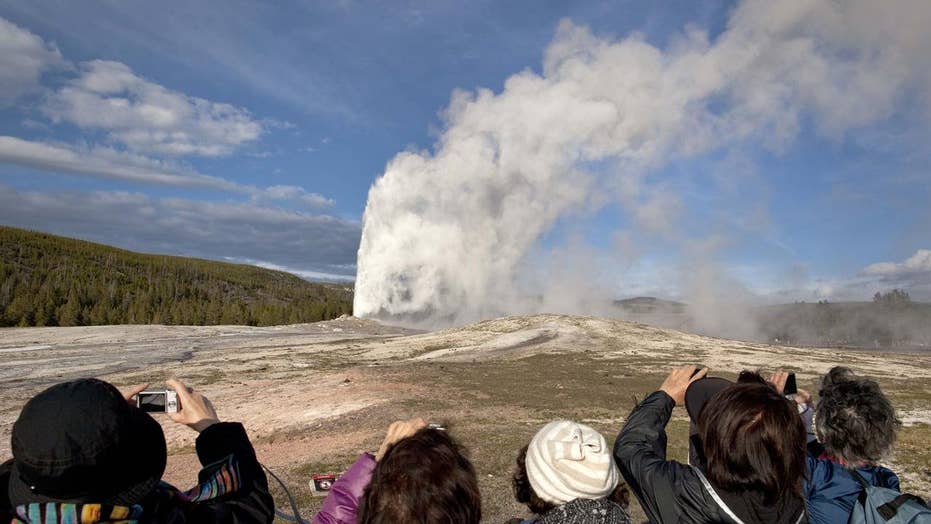 What a dangerous fissure opening near the Yellowstone supervolcano means for the National Park and tourists.

A 100-foot crack at Grand Teton National Park in Wyoming have prompted officials to close certain areas to tourists.

Hidden Falls and Inspiration Point are now closed to tourists due to a possible safety hazard and park rangers are initiating a risk assessment, according to a statement from the National Park Service.

Superintendent David Vela said, “Human safety is our number one priority, and with an abundance of caution we are temporarily closing this area until we can properly assess the situation.”

Hidden Falls, at Grand Teton National Park, is seen above. A portion of the park was closed due to large cracks and fissures that appeared. (NPS)

The crack in the rock face is a common rockfall-related hazard, according to a source at the U.S. Geological Survey.

Grand Teton National Park sits near the Yellowstone supervolcano, which last erupted 630,000 years ago and ejected 240 cubic miles of rock, ash and volcanic dust into the sky and left a 34 mile by 50 mile depression in the ground.

A view of Jenny Lake as seen from Inspiration Point, one of the areas closed by Grand Teton National Park officials. (NPS)

If there was an eruption of the Yellowstone supervolcano, which government officials and scientists have said is unlikely, the result would be a devastating amount of ash and sulfur spewed into the air. That in turn could destroy crops and even alter the climate.

Officials said they do not know how long the closure will remain in place.