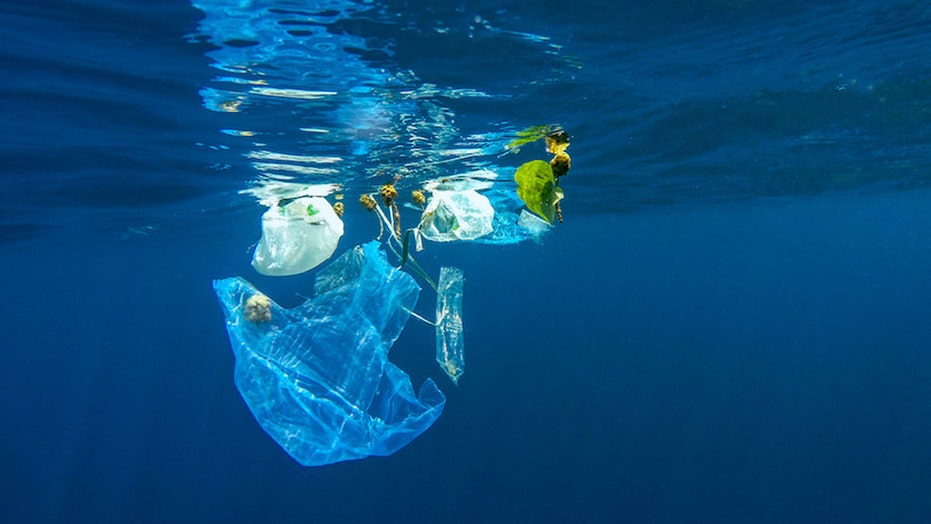 It's already been cast as an economic villain, to the tune of $2.5 trillion, disrupting "almost all marine ecosystem services" and suffocating every industry it touches.

Now, plastic pollution in oceans could actually be suffocating the planet – by harming the tiny microorganisms that are "thought to be responsible for up to 10 percent of ... total global oxygen production."

According to a new study in the scientific journal Communications Biology, the chemicals that leak from plastic waste floating around in the ocean may stop the bacteria known as Prochlorococcus from producing oxygen.

"We found that exposure to chemicals leaching from plastic pollution interfered with the growth, photosynthesis and oxygen production of Prochlorococcus, the ocean's most abundant photosynthetic bacteria," said the study's lead author and Macquarie University researcher, Dr. Sasha Tetu, in a statement.

During the research, the scientists took fragments of grey plastic grocery bags and PVC matting and put them in artificial seawater for five days. Multiple strains of Prochlorococcus were then exposed to the seawater and the researchers found their growth patterns had changed and the amount of oxygen they produced had changed as well.

To make matters worse, one of the strains of bacteria stopped producing oxygen completely after 24 hours after being exposed to the chemicals from PVC.

"We show leachate exposure strongly impairs Prochlorococcus in vitro growth and photosynthetic capacity and results in genome-wide transcriptional changes," the study's abstract reads. "The strains showed distinct differences in the extent and timing of their response to each leachate."

Dr. Lisa Moore, a co-author on the paper, noted that these microorganisms "are critical to the marine food web," making it all the more important that their well-being is not an afterthought.

"These tiny microorganisms are critical to the marine food web, contribute to carbon cycling and are thought to be responsible for up to 10 percent of the total global oxygen production," Moore said, adding "[O]ne in every ten breaths of oxygen you breathe in is thanks to these little guys, yet almost nothing is known about how marine bacteria, such as Prochlorococcus respond to human pollutants."

The Vinyl Institute, an industry trade group that represents vinyl manufacturers, disputed the findings of the study. Their statement, which says that 2.8 percent of the plastic pollution found in the world's water streams is PVC, can be found here.

A world awash in plastic

It's been estimated that marine plastic pollution will outweigh fish by 2050. Estimates on economic damage have ranged from $13 billion per year to as high as the aforementioned $2.5 trillion. There have been several initiatives from municipalities, state and federal governments and corporations around the world to stop the spread, but Tetu states that the impact is going far beyond just impacting marine life.

The study put forth by Tetu and her team is the latest in a long line of research warning about the hazards of a world overcome with plastic.

In April, a study looking at the economic impact of the plastic pollution problem estimated that the $2.5 trillion figure, adding that it will have a negative impact on "almost all marine ecosystem services," including areas such as fisheries, recreation and heritage. The estimate did not take into account the impact on sectors of the global economy such as tourism, transport, fisheries and human health, the researchers wrote.

A separate study, published in Nature on April 16, is the first study "to confirm a significant increase in open ocean plastics in recent decades," going back nearly 60 years. Researchers found a plastic bag that had been snared on Ireland's coast since 1965, and is possibly first piece of plastic pollution ever found, according to the BBC.

"Our data shows that plastic pollution may have widespread ecosystem impacts beyond the known effects on macro-organisms, such as seabirds and turtles," Tetu added. "If we truly want to understand the full impact of plastic pollution in the marine environment and find ways to mitigate it, we need to consider its impact on key microbial groups, including photosynthetic microbes."

A previous version of this story said that there are 400 Prochlorococcus for every person on the planet. It is roughly 430 quadrillion. Fox News regrets the error.