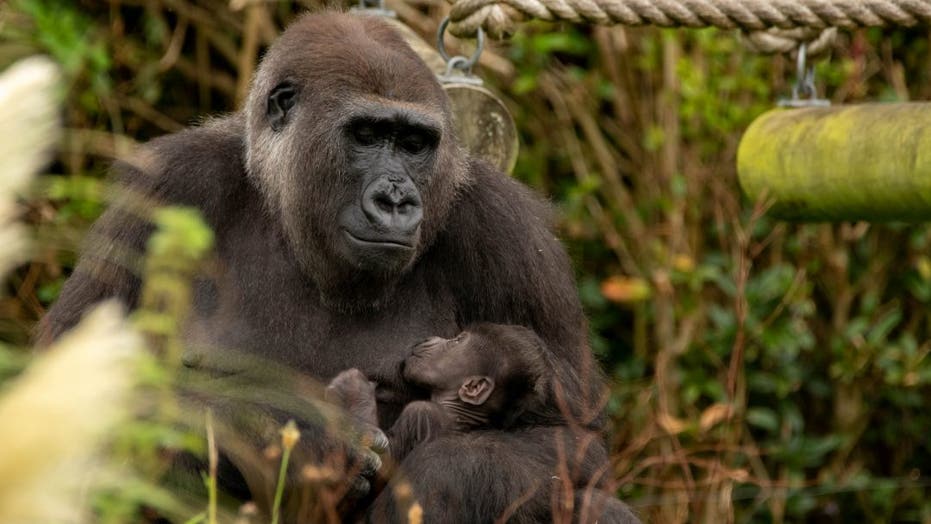 Photos of a baby gorilla and its mother have gone viral after the mother was spotted cuddling the miniature mammal.

The baby, which does not have a name yet, was born at Bristol Zoo in Bristol, England in August, British new agency South West News Service reports. Its mother Kala, can be seen holding the newborn gorilla, with its father just a few feet away.

“Kala continues to be a great mother," said Lynsey Bugg, curator of mammals at the zoo. “She is getting more confident carrying her baby around and has started carrying it on her back or on her arm."

Bugg added that since its birth in August, Kala has held the baby very close, leaving zookeepers unable to confirm its sex.

"[But] we hope we’ll be able to announce the sex of the little one very soon," Bugg noted.

The miniature western lowland gorilla is at the zoo to help grow the population of the species, which is listed as "critically endangered" by the World Wildlife Fund.

Keepers regularly see the baby feeding and it is growing well. The Zoo hopes to be able to announce the gender of the baby in the coming weeks, after which time the infant will be named. (Credit: SWNS)

The newborn joins a group of six gorillas, including 9-year-old Kala herself, who came from Germany in 2018.

“The baby’s half-siblings, Afia and Ayana, continue to show great interest in the newest addition to the family troop," Bugg explained.

The Zoo hopes to be able to announce the gender of the baby in the next several weeks, with a name shortly thereafter.

The western lowland gorilla is the most widespread of all gorilla subspecies, despite its endangered status. It can be found in a number of different countries in Africa, including Cameroon, the Democratic Republic of Congo and Equatorial Guinea.

The exact number of gorillas in the wild is not known, but the WWF added "significant populations still exist," despite being hunted for their meat and being sold as pets.