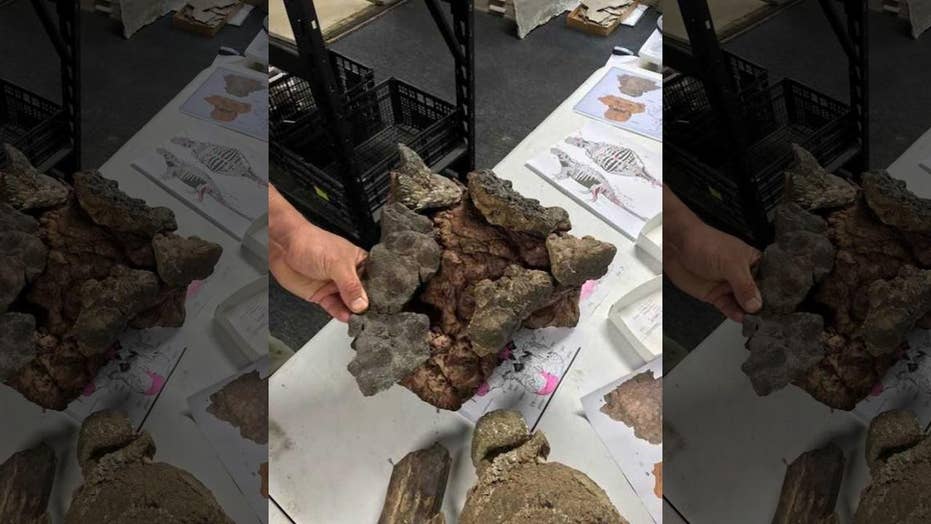 The fossils of a new spike-armored dinosaur was discovered in Texas.

Hillsboro paleontologist Andre LuJan had been digging on his company-owned property in the dusty west Texas hills for years, with little to show for it but a few small fossils.

“We were looking in this particular area because we had found evidence of significant fossils prior to this discovery, LuJan told Fox News. “So we were finding other things, but we hadn’t found a dinosaur.”

That was until October of 2017, when LuJan and his team discovered the remains of a new kind of ankylosaurus, a genus of armor-plated dinosaurs that were among the last of the dinosaurs on Earth. The dinosaur was low to the ground, measuring up to 18 feet long. Despite its fierce appearance, the new ankylosaur was a plant–eater, using its spiked armor and clubbed tail to defend itself from predators.

LuJan, who runs a commercial paleontology company called PaleoTex that seeks out fossils to collect and prepare and place in museums and institutions, didn’t realize he had found a new dinosaur at first. He knew a similar animal called Akainocephalus, found in southern Utah, had recently been described in a paper. A visit from Utah paleontologist Dr. James Kirkland soon shed some light on the discovery.

“[Kirkland] brought a replica skull of Akainocephalus to compare our fossils to,” LuJan said. “And that’s when we realized ‘Wow, this is a different animal!’ Because it’s very similar, but it’s a new thing– It’s like comparing a bison to a cape buffalo. They’re distinctly different.”

With the bones now collected, LuJan and his team have set about the difficult task of assembling the skeleton. It’s a complicated process, requiring an approach using multiple techniques. They know that the animal is an ankylosaur, so Lujan and his team are going to use that as the basis to help fill in any gaps.

“We will use casting and molding techniques,” LuJan explained. “We will also use 3D scanning and printing to mirror parts of the animal we don’t have– for example, if we have the left tibia but we don’t have a right tibia, we can scan our left tibia and mirror it in a 3D rendering and print the right bone that is missing, and it will be anatomically correct in size and shape for our animal, because it actually came from our animal.”

As for coming up with a name for the new dinosaur, that may take a bit more time. LuJan says that the academic description– analyzing and describing all of the bones and differences– of the specimen may take a few years.

“We’re looking to raise some funds to continue excavating for this dinosaur and using some of those materials I mentioned for the reconstruction,” he said. “We’d also like to fly experts in to work side by side to describe this animal and officially give it a name.”

In addition to discovering new dinosaurs and running his paleontology company, LuJan is the director museum in Hillsboro known as “Texas Through Time,” where visitors there get to see a variety of fossils collected in the region. After it’s assembled, perhaps visitors will get to view LuJan’s new ankylosaur there as well. It’s an important discovery, as his colleagues would agree.

"This discovery marks one of the most important recent dinosaur finds in Texas and underscores the region's potential for uncovering long-lost ecosystems,” Dr. Joseph Sertich, dinosaur curator at the Denver Museum of Nature and Science, told Fox News. "As the best armored dinosaur from the southern US, this discovery will help paleontologists connect ancient Texas to other big discoveries from other parts of the country, elevating it to the level of other dinosaur hotspots like Utah and Montana."