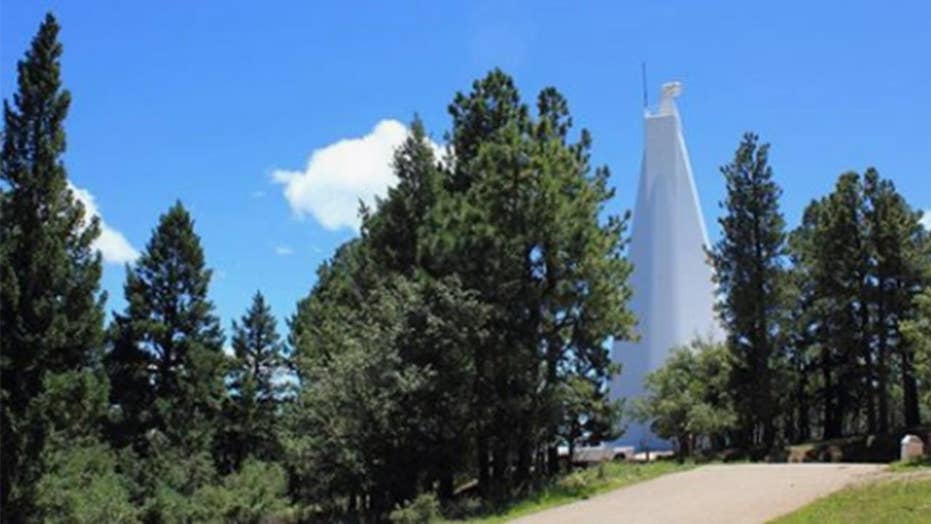 The Sunspot Solar Observatory, located near the Sacramento Mountains, New Mexico was closed over an unspecified 'security issue.'

The Sunspot Solar Observatory, located near the Sacramento Mountains, closed over an unspecified security issue, the facility said in a statement posted to Facebook on Sunday.

“Sunspot apologizes for the continued closure of the facilities,” the statement said. “The Association of Universities for Research in Astronomy (AURA) is addressing a security issue at the National Solar Observatory facility at Sacramento Peak, New Mexico and has decided to temporarily vacate the facility as a precautionary measure.

“AURA, which manages Sacramento Peak with funding from NSF (National Science Foundation), is working with the proper authorities on this issue. We have no further comment at this time.”

Otero County Sheriff Benny House told the Alamogordo Daily News last week the sheriff’s office was asked to stand by and mentioned that the FBI was involved.

“The FBI is refusing to tell us what’s going on,” House told the newspaper. “We’ve got people up there (at Sunspot) that requested us to standby while they evacuate it. Nobody would really elaborate on any of the circumstances as to why. The FBI were up there. What their purpose was nobody will say.”

House said there were a lot of unanswered questions over Sunspot’s closure.

“But for the FBI to get involved that quick and be so secretive about it, there was a lot of stuff going on up there,” House told the newspaper. “There was a Blackhawk helicopter, a bunch of people around antennas and work crews on towers but nobody would tell us anything.”

It was unclear when the observatory was going to re-open and workers decided to evacuate the facility as a “precautionary measure,” AURA spokeswoman Shari Lifson told the Alamogordo Daily News. Lifson couldn’t comment as to whether the FBI was involved.

Frank Fisher, an FBI spokesman, couldn’t confirm or deny the agency’s involvement, according to the Albuquerque Journal.

The mysterious nature of the closure sparked all kinds of speculation on the internet.

“When the aliens invade we have nowhere to evacuate to anyway; the truth will be our destiny,” Gene Alexander wrote on the observatory’s Facebook page, according to the Kansas City Star.

"There was a Blackhawk helicopter, a bunch of people around antennas and work crews on towers but nobody would tell us anything."

“Maybe a celestial body that we have not encountered in a long while for thousands of years is finally making its way back into our solar system,” John Pleites-Sandoval hypothesized.

Whatever is happening at the observatory, one employee told the Albuquerque Journal they weren’t too concerned just yet because they didn’t have enough information.

“That’s what happens when you do something and don’t tell anybody why,” the employee said.