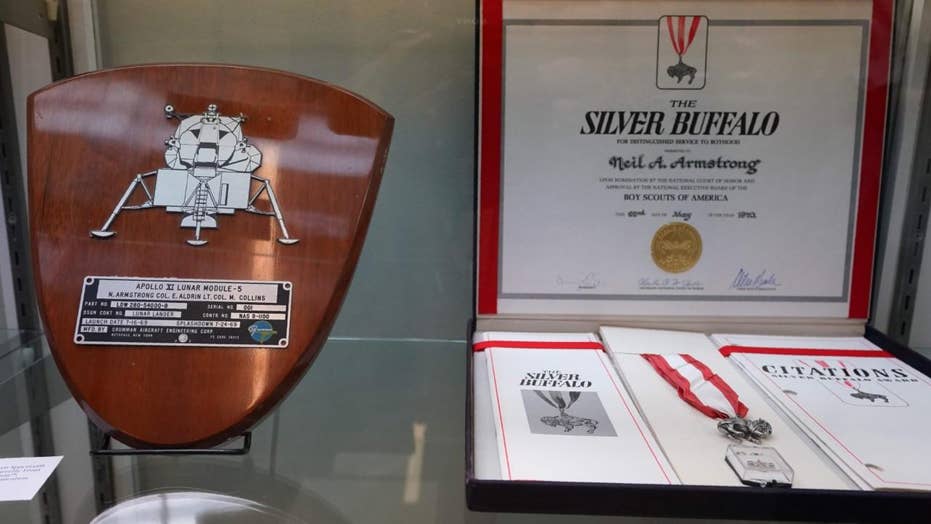 Collectibles that belonged to the first man to set foot on the moon were sold in a recent auction held by the Dallas-based auction house Heritage Auctions.

The company held its “Space Collection Signature Auction” from Thursday to Saturday, which included items from the Armstrong Family Collection.

The company offered details about the item in an online listing.

“Three of these Lunar Module-5 Identification Plates were flown to the moon on Apollo 11 and returned to Grumman Aircraft Engineering Corp,” Heritage Auctions explained. “They then mounted each ID plate on a wall plaque and one was presented to each crewmember.”

Armstrong, who died in 2012, was joined on the Apollo 11 mission in July 1969 by astronauts Michael Collins and Buzz Aldrin.

Memorabilia that belonged to Armstrong that wasn’t part of the famous mission was also featured in the auction.

One of those items -- the flight suit Armstrong wore aboard Gemini 8, the 1966 mission that performed the first docking of two spacecraft in flight -- brought the astronaut's family $109,375.

Fans will be able to bid on more of Armstrong's items in two auctions slated to take place in May and November 2019, the auction house said in July.