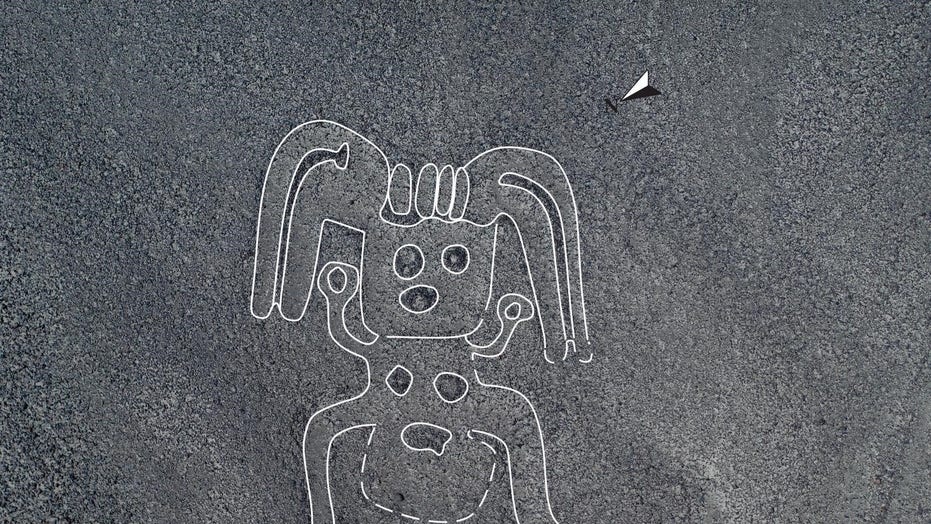 Over 140 mysterious new geoglyphs have been discovered in Nazca, Peru, including strange ‘humanoid’ figures.

Researchers from Japan’s Yamagata University discovered 142 new glyphs. An additional new geoglyph was discovered using artificial intelligence from IBM Japan running on one of the tech giant's Power Systems servers.  The technology helped researchers reveal the location of the humanoid figure, who appears to be brandishing some form of club.

Other new glyphs show a two-headed snake that appears to be devouring two people, a bird, a fish and another humanoid.

VISIBLE ONLY FROM ABOVE, MYSTIFYING 'NAZCA LINES' DISCOVERED IN MIDEAST

A UNESCO World Heritage Site located about 249 miles south of Lima, the Lines are regarded as one of archaeology’s great mysteries. The lines are scratched into the dark ground to reveal the lighter-colored earth underneath and are best viewed from the air. They depict a range of animals, plants, imaginary beings and geometric figures.

Etched into the ground by pre-Inca people, the Nazca Lines date from 400 B.C. to 1000 A.D. Mystery, however, still swirls around why they were created. Theories include that they are a primitive Sun calendar, an irrigation system or even an alien landing strip, according to LiveScience.