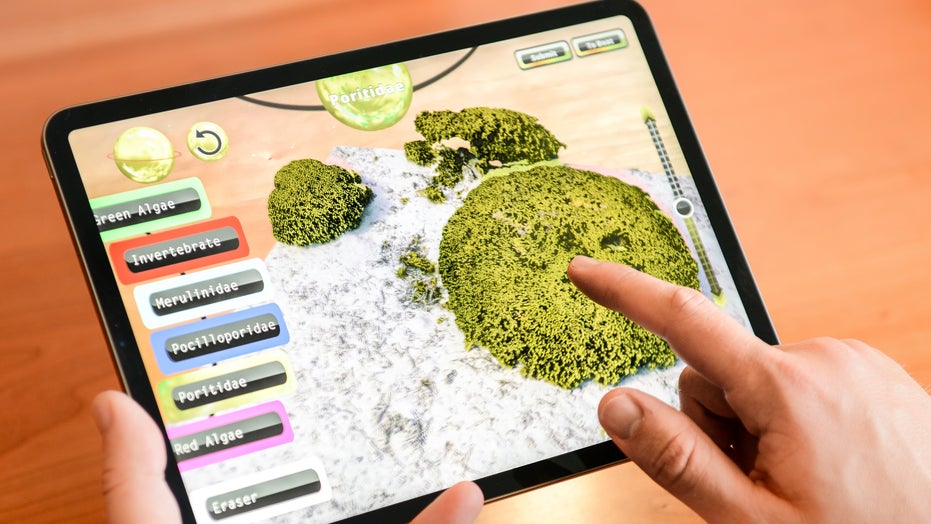 Researchers are trying a number of different ways to save endangered coral reefs from dying off, as they're negatively impacted by ocean pollution, climate change and several other factors. Now, NASA is asking video game players for help.

The U.S. agency announced a new mobile video game, entitled "Neural Multi-Modal Observation and Training Network" or NeMO-Net, to help map coral reefs around the world in an effort to save them. Gamers will take "dives" on the Nautilus research vessel in different parts of the ocean, identify the reefs, watch educational videos and earn badges, while aiding a NASA supercomputer to recognize different species of coral by itself.

"NeMO-Net leverages the most powerful force on this planet: not a fancy camera or a supercomputer, but people," said principal investigator Ved Chirayath in a statement. "Anyone, even a first grader, can play this game and sort through these data to help us map one of the most beautiful forms of life we know of."

A user playing the new NeMO-Net game that helps NASA classify the world's coral from their own home. (NASA/Ames Research Center/Ved Chirayath)

The game utilizes "fluid-lensing" cameras that have been placed on drones or aircraft over the past several years in expeditions to Puerto Rico, Guam, American Samoa, and elsewhere to gather 3-D images of the ocean floor.

"The more people who play NeMO-NET, the better the supercomputer's mapping abilities become," NASA added in the release. "Once it has been able to accurately classify corals from low-resolution data included in the game, the supercomputer will be able to map out the world's corals at an unprecedented resolution. With that map, scientists will better understand what is happening to corals and find ways to preserve them."

The app is currently available on Apple's App Store, available for iOS and Mac devices. An Android version will come soon, the government agency added.

Coral reefs around the world are dying and scientists are looking at a variety of ways to save these endangered structures, including growing them in labs and trying to make them pollution-resistant.

In December, researchers said that sounds from healthy reefs played in underwater speakers near dying reefs could help bring young fish to the reefs and restore them.