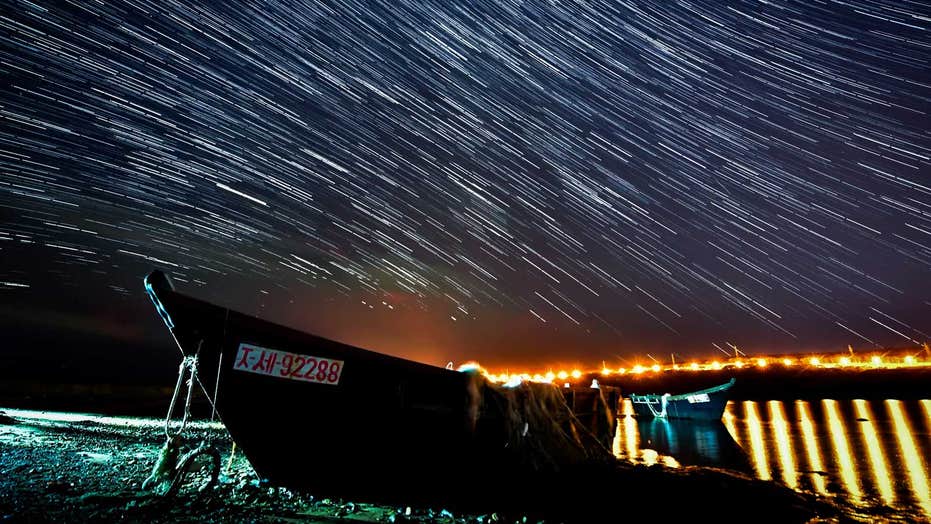 NASA has posted a stunning image of a blue "fireball meteor" and a rare look at Jupiter with the naked eye, thanks to the work of a quick-thinking photographer.

Eric Wagner was on his way to Australia from Singapore on Sept. 24 when, as luck would have it, he captured the incredible image and posted it to Facebook.

"I set up my tripod and started shooting," Wagner wrote on Facebook. "It is the first time I was able to capture a shot of the Milky Way from a plane in the Southern Hemisphere."

Wagner continued: "I had already gotten some decent shots to work with so I started shooting a series of 10 second exposures to work into a stacked photo. I was treated to a magnificent sight though as I shot. I'll let the photo speak for itself. The stars could have been a little sharper as there was slightly bouncing during the shot but overall I just love the shot."

"Reflected along the wing of the A380 aircraft, the brilliant greenish streak is also internally reflected in the double layer window, producing a fainter parallel to the original meteor track," NASA wrote in a caption along with the image."

Jupiter can also be spotted in the image, as the gas giant "is the bright source beneath the galactic bulge and seen next to a green beacon, just off the wing tip," the space agency added.

Wagner eventually sent the photo into NASA, where a scientist confirmed that the object he had spotted was a bolide meteor.