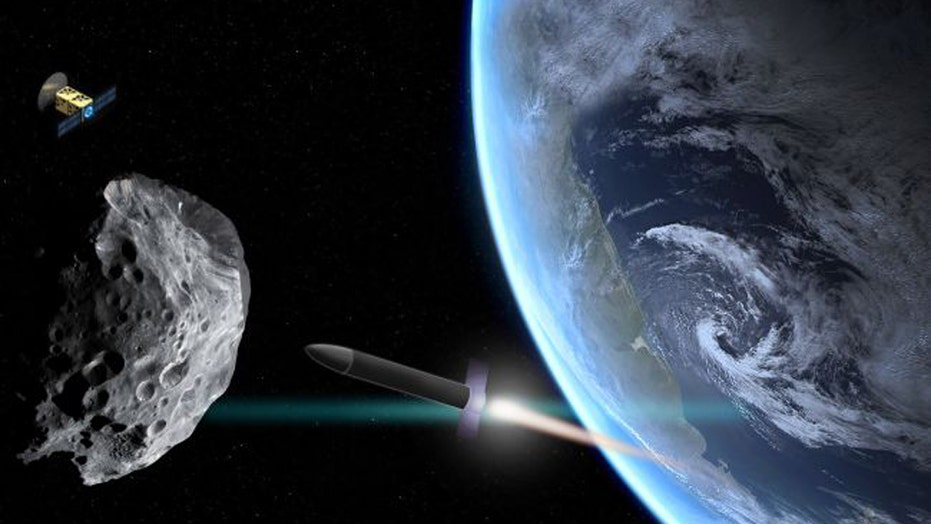 A gigantic asteroid almost as large as Mount Everest is zooming toward Earth next month, but NASA says not to worry -- it's not expected to collide with our planet.

An illustration shows a rocket approaching an asteroid that's drifted too close to Earth. A scout probe orbits nearby. (Christine Daniloff, MIT)

Although the asteroid, which is between 1 and 2.5 miles wide, is classified as potentially hazardous because of how close it will be to Earth's orbit, NASA scientists have not put it on the agency's list of potential future impact events.

"Our goal is to discover and track all the potentially dangerous asteroids and comets long before they are likely to approach Earth," said NEAT Principal Investigator Eleanor Helin.