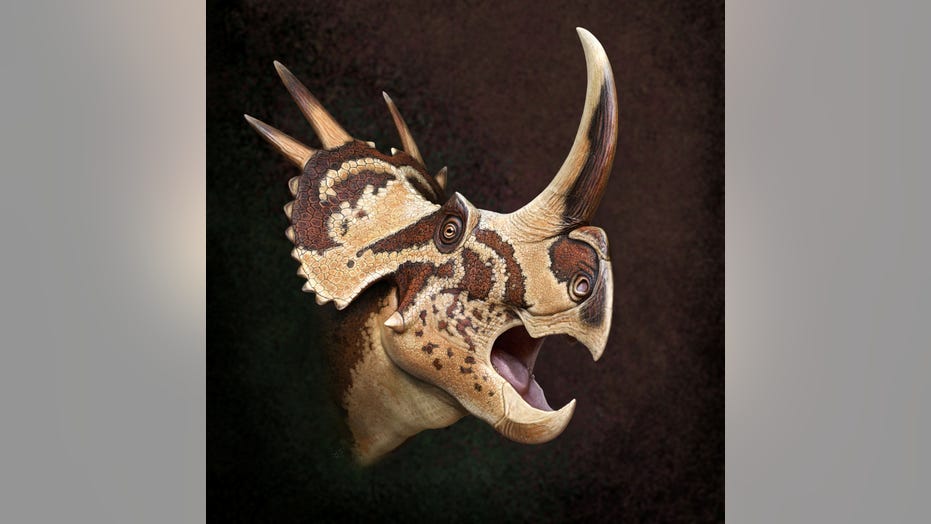 A bizarre-looking dinosaur that roamed the Earth 75 million years ago was named after glam rock star David Bowie.

The creature, known as a Stellasaurus, which means "Star Lizard," was as large as a bus at more than 20 feet long, according to report in SWNS.

The massive beast's amazing skull was found near the town of Cut Bank, Mont., not far from the U.S.-Canadian border.

CORONAVIRUS COULD CAUSE LARGEST DROP IN CARBON EMISSIONS EVER

"Ceratopsids evolved many different forms of ornamentation on their heads including horns above the nose, eyes and large bony frills which projected from the back," Wilson said. "The horns and frills were display structures for mating purposes."

The dinosaur belonged to the ceratopsians, which were plant-eaters that included the iconic Triceratops.

"The science of Stellasaurus is remarkable and tells the story of millions of years of unbroken evolutionary change within a single lineage," Wilson explained.