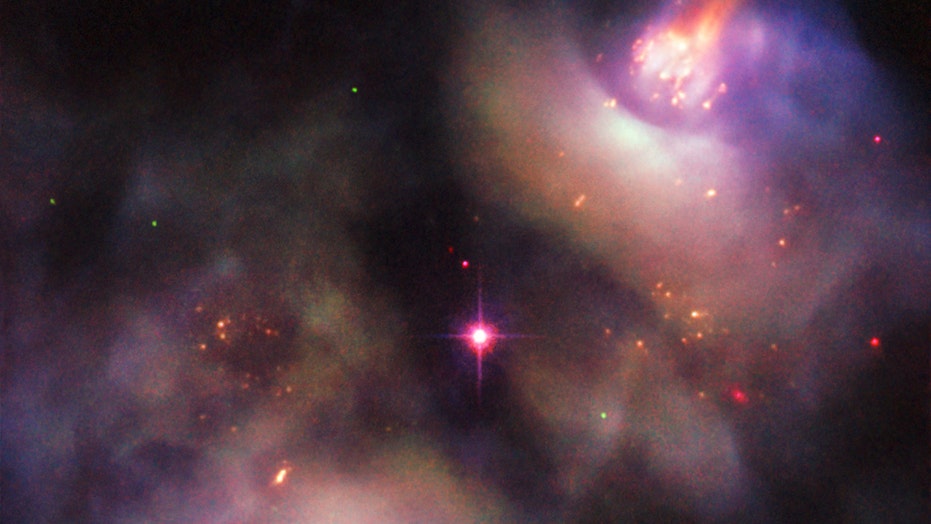 Talk about an exit.

NASA's Hubble Space Telescope managed to snap an incredible picture of a dying star in the Gemini constellation.

The constellation of Gemini, which is also known as the Twins, confused astronomers when it was first studied, the government agency said in a blog post. "Rather than being classified as a single object, it was instead recorded as two objects, owing to its symmetrical lobed structure (known as NGC 2371 and NGC 2372, though sometimes referred to together as NGC 2371/2)."

This image, taken with the NASA/ESA Hubble Space Telescope, shows a dark, gloomy scene in the constellation of Gemini. It confused astronomers when it was first studied. Instead of being classified as a single object, it was recorded as two objects, owing to its symmetrical lobed structure (known as NGC 2371 and NGC 2372, though sometimes referred to together as NGC 2371/2). (Credit: ESA/Hubble &amp; NASA, R. Wade et al.

The two objects (or lobes) form what's known as a planetary nebula, which is described as "shells of gas and dust that have been ejected from a star during the process of its evolution from a hydrogen-burning main sequence star into a red giant and eventually into a white dwarf."

Despite the term, it has nothing to do with planets or exoplanets. Instead, NGC 2371/2 was created when a star, similar to our Sun, reached the end of its life and "blasted off its outer layers, shedding the constituent material and pushing it out into space to leave just a superheated stellar remnant behind." What's left behind is visible as the bright star in the center between the lobes," NASA added in the post.

It's expected that there will be a significant change to the region over the next few thousand years, as the lobes eventually dissipate completely, "and the remnant star will cool and dim to form a white dwarf."

The Hubble Space Telescope, which has been in orbit since 1990, continues to allow incredible discoveries. However, it is slated to be replaced by the long-delayed James Webb telescope, which will provide great resolution and sensitivity over the Hubble, among several other improvements.

Last month, the telescope was assembled for the first time, as engineers joined the two halves together using a crane in Redondo Beach, Calif.