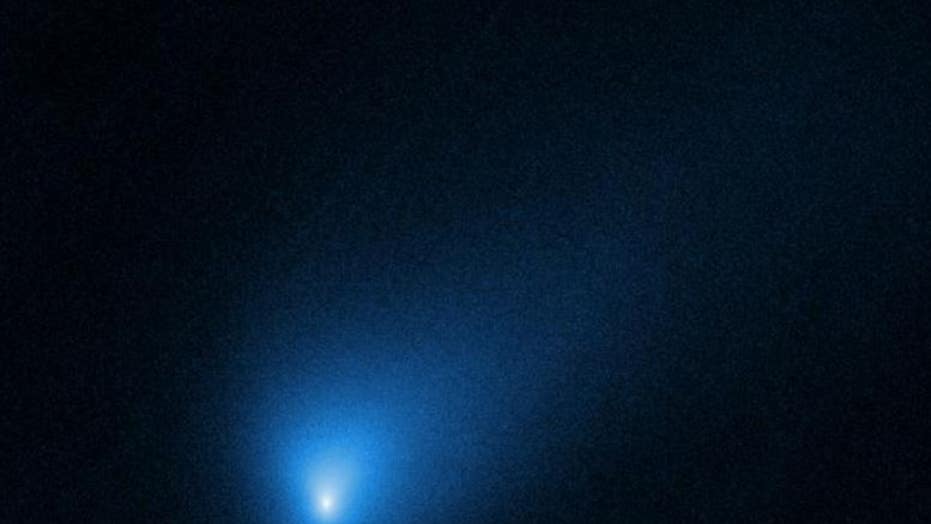 An astronomer captured one of the sharpest looks at a comet from outside our solar system.

David Jewitt, a UCLA professor of planetary science and astronomy, studied Comet 2I/Borisov (the "I" stands for "interstellar") using NASA's Hubble Space Telescope, which captured images of the object when it was about 260 million miles away.

The comet is traveling at approximately 110,000 miles per hour.

Another interstellar object, dubbed 'Oumuanua,' was seen by a University of Hawaii astronomer in 2017 before it raced out of our solar system.

“‘Oumuamua looked like a bare rock, but Borisov is really active — more like a normal comet,” said Jewitt, who leads the Hubble team, in a statement. “It’s a puzzle why these two are so different. There is so much dust on this thing we’ll have to work hard to dig out the nucleus.”

The two comets, 2I/Borisov and ‘Oumuamua,' are reportedly the first two objects that have traveled from outside of our solar system into ours that have been observed.

That's possible because scientists’ knowledge and equipment are far better than they ever have been.

One study apparently claims there are thousands of such comets in our solar system at any given time, but most are too faint to be detected with current telescopes.

Comets are icy bodies believed to be fragments left behind when planets form in the outer regions of planetary systems.