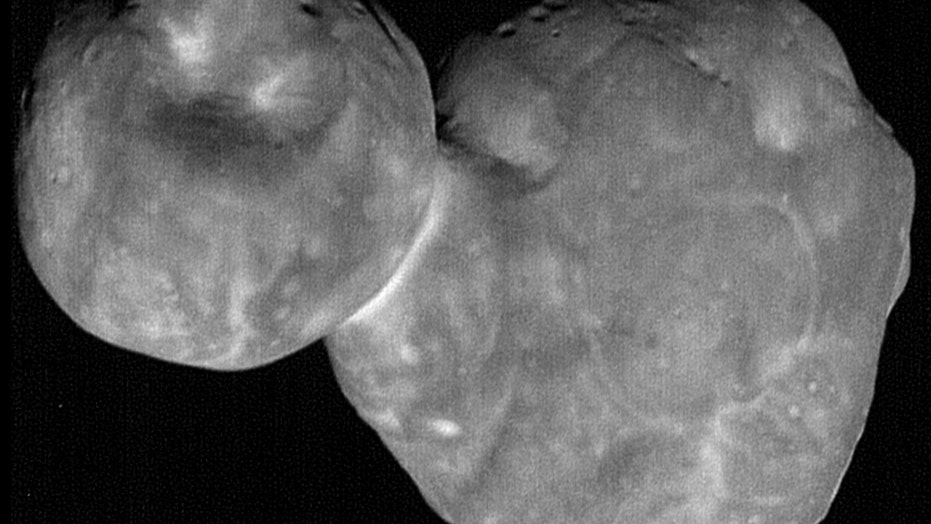 Since first encountering the mysterious Ultima Thule earlier this year, NASA has made several discoveries about the ancient space object.

Now, researchers from the government space agency have made a startling discovery about "the farthest world ever explored" – there are both water and "organic molecules" on its surface.

In the research, which is published in the scientific journal Science, NASA describes the mixture of methanol, water ice and organic molecules found on the surface of the Kuiper Belt object as "very different from most icy objects explored previously by spacecraft."

"We're looking into the well-preserved remnants of the ancient past," said New Horizons Principal Investigator Alan Stern, of the Southwest Research Institute in a statement. "There is no doubt that the discoveries made about Ultima Thule are going to advance theories of solar system formation."

Also known as 2014 MU69, Ultima Thule is 4 billion miles from Earth and has captured scientists' curiosity since they discovered it had a snowman-like appearance. It has two distinct, flat segments and is thought to be an "ancient relic," likely forming "billions of years ago."

The research also sheds new light on Ultima Thule's geology and composition. The 22-mile-long object probably formed after the two lobes orbited each other. However, it's still unknown what caused them to merge into the object seen today.

Scientists have also found new features on Ultima Thule, including several bright spots, patches and craters, including a 5-mile-wide depression that likely formed from some kind of impact.

Earlier this year, the researchers discovered that Ultima Thule has a reddish color and is considered to be the "reddest outer solar system object ever visited by spacecraft." Researchers believe the organic molecules on the surface have contributed to its vibrant color.

Traveling at roughly 33,000 miles per hour, the $720 million New Horizons spacecraft will continue sending data transmission from its Ultima Thule flyby until the latter part of summer 2020. Ultima Thule is deep within the so-called Kuiper Belt, or Twilight Zone, well beyond the orbit of Neptune.