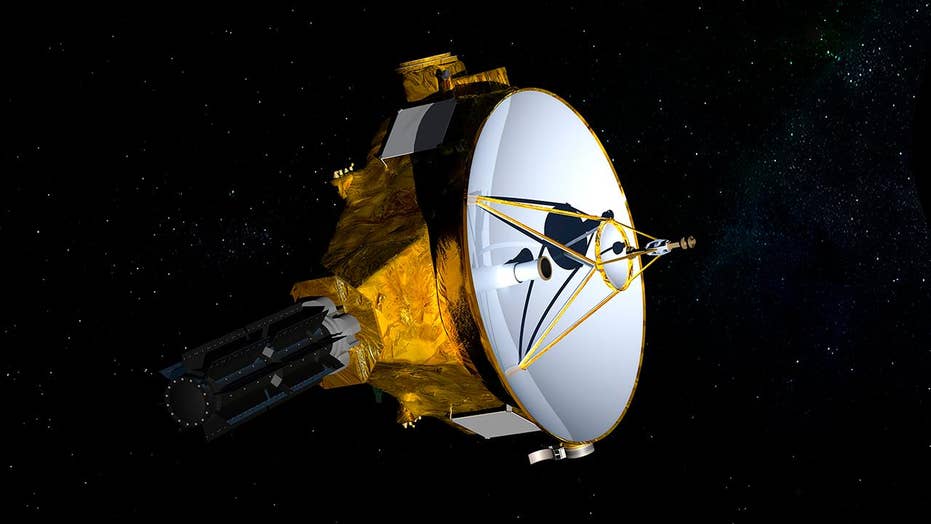 <strong>Former astronaut Tom Jones says the craft captured images of a foreign object that has been in a deep freeze.</strong>

NASA has announced the latest discoveries from the New Horizons spacecraft’s historic flyby of Ultima Thule in the far reaches of our solar system.

Some 4 billion miles from Earth, New Horizons came within about 2,200 miles of Ultima Thule when it zoomed past the icy object at 32,000 mph on New Year’s day. The two fused-together spheres, which extend about 21 miles in length, are the most distant celestial object ever explored.

In a briefing on Thursday, scientists said that they have not yet found any evidence of an atmosphere on UItima Thule. Initial data analysis has also uncovered no evidence of rings or satellites larger than 1 mile in diameter orbiting Ultima Thule.

Ultima Thule is deep within the so-called Kuiper Belt, or Twilight Zone, well beyond the orbit of Neptune. In 2015, New Horizons first visited Pluto, which is barely in the Kuiper Belt, a full 1 billion miles closer to Earth.

On Thursday, scientists reported that the color of Ultima Thule matches the color of similar worlds in the Kuiper Belt, as determined by telescopic measurements. A day earlier, New Horizons yielded its first close-up pictures of Ultima Thule, depicting what NASA said looks like a reddish snowman.

Since Tuesday's close approach, New Horizons is already more than 3 million miles deeper into that mysterious region. It will keep pressing farther out, observing other objects from afar, and measuring dust and particles.

“The first exploration of a small Kuiper Belt object and the most distant exploration of any world in history is now history, but almost all of the data analysis lies in the future,” said Alan Stern of the Southwest Research Institute, in the statement.

CHINESE ROVER LEAVES TRACKS ON FAR SIDE OF THE MOON

Data transmission from the spacecraft will pause for about a week as the spacecraft passes behind the Sun, scientists said Thursday. The transmission will resume on Jan. 10, starting with a 20-month download of New Horizons’ remaining “scientific treasures.”