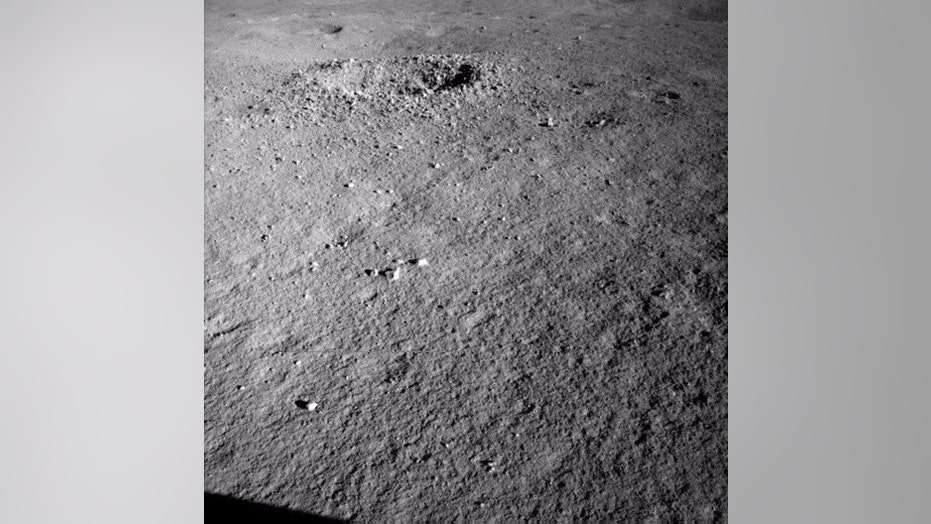 It has long been established that the Moon contains significant amounts of ice and water, including frozen water found on the lunar surface last year. Now, a new study suggests that the ice could be billions of years old and come from different sources.

The study, published in the scientific journal Icarus, suggests that some ice could be almost as old as the Moon itself. Other ice deposits could be much younger, perhaps put there by comets and asteroids, or even underground volcanic activity.

"We quantify the amount of available cold-trapping surface area that is occupied by water ice in order to examine the relationship between the patchiness of ice within each crater and the age of each host crater," the study's abstract states. "The majority of surface ice is contained in old craters [greater than 3.1 billion years], where the majority of cold-trapping area on the pole exists."

MOON AND MERCURY MAY HAVE THICK DEPOSITS OF ICE, STUDY SUGGESTS

“Just because the crater is old doesn’t mean that the ice within it is also that old too, but in this case, there’s reason to believe the ice is indeed old,” the researchers said in a statement.

The scientists, led by Brown University researcher Ariel Deutsch, used data from NASA's Lunar Reconnaissance Orbiter (which was recently used to make a 3D map of the Moon) to come up with their conclusions.

“There have been models of bombardment through time showing that ice starts to concentrate with depth. So if you have a surface layer that’s old, you’d expect more underneath,” Deutsch said.

The newer, smaller craters, which also hold ice, were a "surprise," she added. "There hadn’t really been any observations of ice in younger cold traps before.”

The age of the ice could have implications for space travel, including NASA's return to the Moon in 2024 and the exploration of deep space.

“When we think about sending humans back to the Moon for long-term exploration, we need to know what resources are there that we can count on, and we currently don’t know,” Brown University professor and the study's co-author, Jim Head, said in the statement. “Studies like this one help us make predictions about where we need to go to answer those questions.”

A study published in August theorized that there may be more ice water on Earth's natural satellite and Mercury than previously thought. Until recently, it was believed that the water was trapped in "cold traps" at the Moon's poles, but a 2018 discovery found that there is frozen water on the lunar surface.

Water was first discovered on the Moon in 2009.