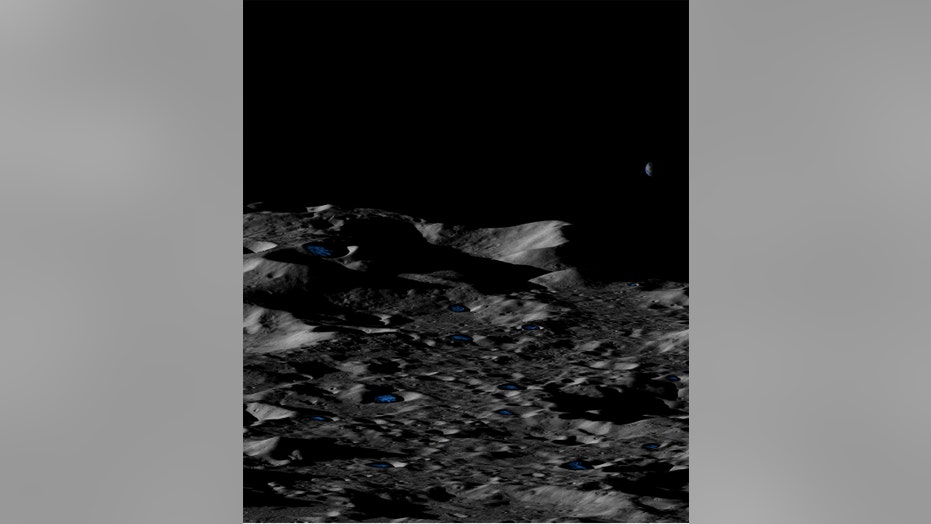 It's been known for some time that there are ice deposits on Mercury and the Moon, including frozen water found on the surface of the Moon last year. But now a new study suggests that there may be more ice water on Earth's natural satellite and Mercury than previously thought.

Published in the journal Nature Geoscience, researchers used data from NASA's Lunar Reconnaissance Orbiter and the Mercury Surface, Space Environment, Geochemistry and Ranging (MESSENGER) mission that ended in 2015 to come up with the conclusion.

"We found shallow craters tend to be located in areas where surface ice was previously detected near the south pole of the Moon, and inferred this shallowing is most likely due to the presence of buried thick ice deposits,” said the study's lead author, Lior Rubanenko, in a statement.

Mercury's icy regions are slightly different than those seen on the Moon, Nancy Chabot, instrument scientist for MESSENGER’s Mercury Dual Imaging System, added in the statement.

"We showed Mercury’s polar deposits to be dominantly composed of water ice and extensively distributed in both Mercury’s north and south polar regions. Mercury’s ice deposits appear to be much less patchy than those on the Moon, and relatively fresh, perhaps emplaced or refreshed within the last tens of millions of years.”

Between the data compiled from the LRO and the MESSENGER missions, the researchers looked at 14,000 craters on the two celestial bodies, including 2,000 on Mercury. The craters on Mercury that seem to hide thick slabs of ice have shallower sides than those that don't have ice.

The ice at the south pole of the Moon is appealing to researchers because craters there are likelier to be shallower. It's also believed that the south pole contains more ice than the north pole.

THE MOON'S INTERIOR COULD CONTAIN LOTS OF WATER, STUDY SHOWS

If there is indeed more frozen water than anticipated, it could have big implications for the future of space travel and exploration.

"If confirmed, this potential reservoir of frozen water on the moon may be sufficiently massive to sustain long-term lunar exploration," Noah Petro, Lunar Reconnaissance Orbiter Project Scientist, added in the statement.

Scientists have previously said the water could be broken down and eventually used for rocket fuel or for oxygen to breathe. The presence of ice on the polar regions could make lunar colonies a possibility, as it would let astronauts harvest the water without having to bring it from Earth.

The presence of water on the Moon's surface has also led some researchers to theorize that its surface could have supported life billions of years ago.