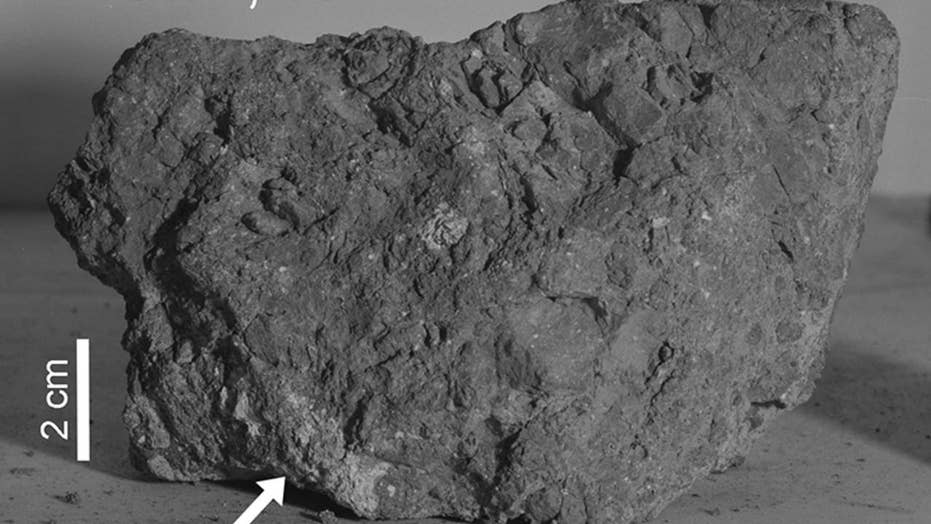 Earth's oldest rock believed to have been found on the Moon

A team of scientists discovered a rock sample returned from the Apollo 14 mission to the moon that included a fragment that is believed to have originated on Earth, and could be the oldest Earth rock ever found.

A chunk of Earth that could be 4.1 billion years old and is described as the planet's "oldest rock" may have been found and dug up on the Moon by Apollo astronauts, according to a new study.

The possible relic was discovered and dug up in 1971 and scientists believe that it was sent off Earth, thanks to a powerful impact, possibly an asteroid or a comet. After colliding with the Moon (which at the time was three times closer to the Earth than it is now), it mixed with other lunar surface materials.

"It is an extraordinary find that helps paint a better picture of early Earth and the bombardment that modified our planet during the dawn of life," said study co-author David Kring, a Universities Space Research Association (USRA) scientist at the Lunar and Planetary Institute in Houston, in a statement.

Analyzing lunar samples collected by the Apollo 14 mission, the researchers found that the rock consisted of 0.08 ounces of quartz, feldspar and zircon, minerals that are fairly commonplace on Earth but "highly unusual on the Moon," according to the statement.

An artistic rendering of the Hadean Earth when the rock fragment was formed. Impact craters, some flooded by shallow seas, cover large swaths of the Earth’s surface. The excavation of those craters ejected rocky debris, some of which hit the Moon. (Credit: Simone Marchi)

The scientists added that it's possible the sample was crystallized on the Moon, but "that would require conditions never before inferred from lunar samples" and would have had to have been created at a tremendous depth, where different compositions are anticipated.

The study has been published in the scientific journal Earth and Planetary Science Letters.

The rock crystallized approximately 12 miles (20 kilometers) below the surface of the Earth, between 4.1 billion and 4 billion years ago.

It's possible that the rock was impacted again, once it reached the lunar surface, the scientists added. It was partially melted, buried and then excavated by another impact approximately 26 million years ago.

That collision resulted in the formation of the Cone Crater, which was explored by Apollo 14 astronauts Alan Shepard and Edgar Mitchell.