Scientists have identified a new species of giant penguin from fossils discovered in New Zealand.

The extinct penguin lived in the Paleocene Epoch between 66 million and 56 million years ago, according to the Canterbury Museum.

Taller than the modern Emperor Penguin, the penguins, named Crossvallia waiparensis, stood about 5 feet and weighed up to 80 kilograms (176 pounds). 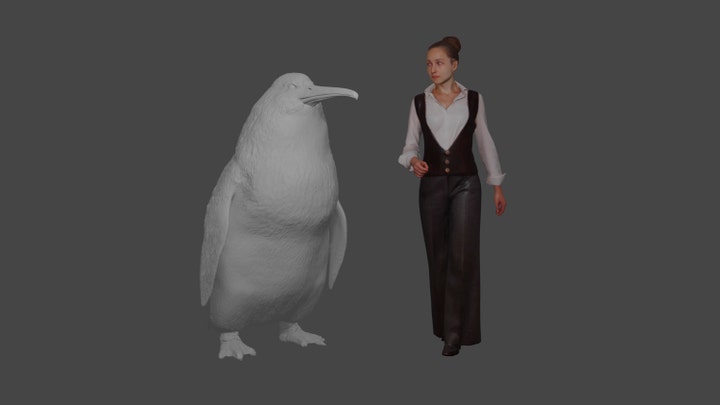 Scofield said the leg bones indicated the monster penguin's feet may have played a bigger role in swimming than is the case with penguins today.

He said that following the extinction of dinosaurs, marine reptiles and gigantic fish, it seemed there was an evolutionary opportunity for penguins to thrive and grow in size.

"The oceans were ripe for the picking with the lack of mega predators," Scofield said, according to the Associated Press. "It looks like what was going on was that penguins were just starting to exploit that niche."

The findings were published this week in "Alcheringa: An Australasian Journal of Palaeontology."

The huge penguin is just the latest remarkable prehistoric animal to be discovered by scientists in New Zealand. Nineteen million-year-old fossils of a giant parrot dubbed ‘Squawkzilla,’ for example, were found in Central Otago.