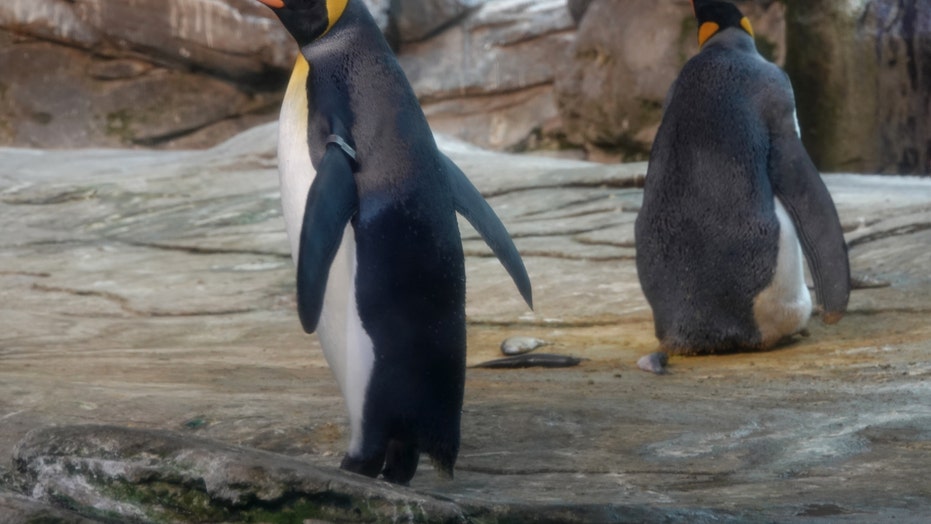 A gay penguin couple at Berlin Zoo has been given an egg to adopt after staff noticed their attempts to hatch stones.

The two King penguins, Skipper and Ping, were given the egg last month, German news agency dpa reports. The egg was from a female penguin at the zoo who had been unable to hatch her eggs for a number of years in a row.

“Skipper and Ping want to become parents,” explained Zoo Berlin, in a tweet translated from German.

Zoo staff had noted signs that the two penguins wanted an egg and had been attempting to hatch fish and stones, according to the dpa report. Described as “exemplary parents,” the pair have been staying close to each other and protecting the egg from other penguins.

August 9, 2019, Berlin: The gay penguins Skipper and Ping in their zoo enclosure. (Photo by Taylan Gökalp/picture alliance via Getty Images)

Berlin Zoo spokesman Maximilian Jaeger told dpa that it is unclear whether the egg is fertilized, but if it is, then it would take 55 days for a baby penguin to emerge.

The pair have become something of a sensation on social media.

Homosexuality has been documented in a host of different animal species, such as Roy and Silo, the famous gay penguins at New York’s Central Park Zoo. After trying to incubate a rock, the two male chinstrap penguins successfully hatched and raised an adopted chick.

Gay penguins have been known to steal eggs from straight birds in an attempt to become ‘fathers,’ according to The Telegraph.

Last year, two gay male swans were taken to an animal reserve after attacking several people at an Austrian lake in an apparent attempt to protect their nest. Instead of an egg, the nest contained a colorful plastic cup, Nachrichten reports.