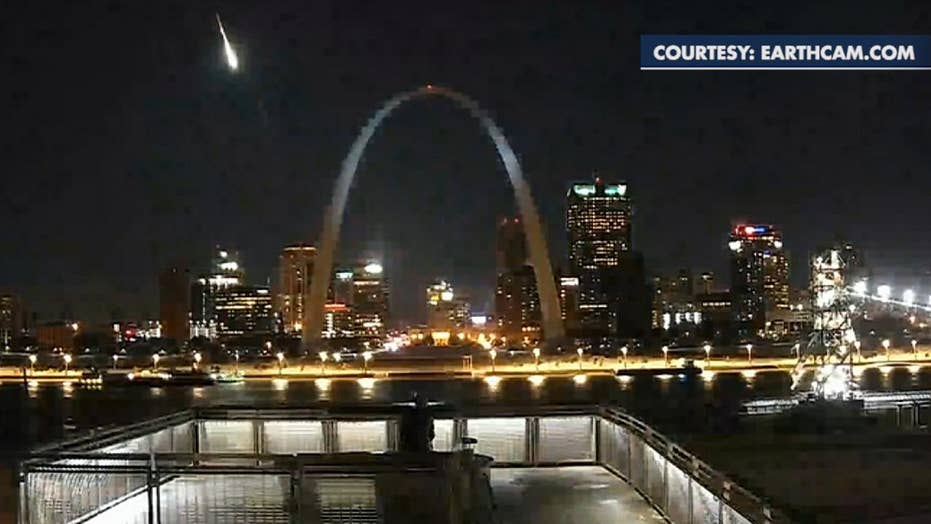 Meteor flashes across the sky over St. Louis

A camera has captured the incredible moment when a meteor lit up the sky over the iconic Gateway Arch in St. Louis.

Footage of the meteor was recorded by an EarthCam camera facing the Gateway Arch from across the Mississippi River.

FOX 2 News St. Louis reports that a number of viewers called the station around 8:50 p.m. local time Monday after hearing a loud boom and observing a bright flash of blue light in the western St. Louis metro area.

The meteor is likely from the annual Taurid meteor shower, according to FOX 2’s Chief Meteorologist Glenn Zimmermann.

The American Meteor Society said that it received 175 reports of a fireball across a number of midwestern states on Monday, including Missouri and Illinois.

Last year, a meteor made headlines when it flashed across the sky in Michigan. The blazing fireball sent meteorite hunters scrambling to find fragments of the rare space rock.