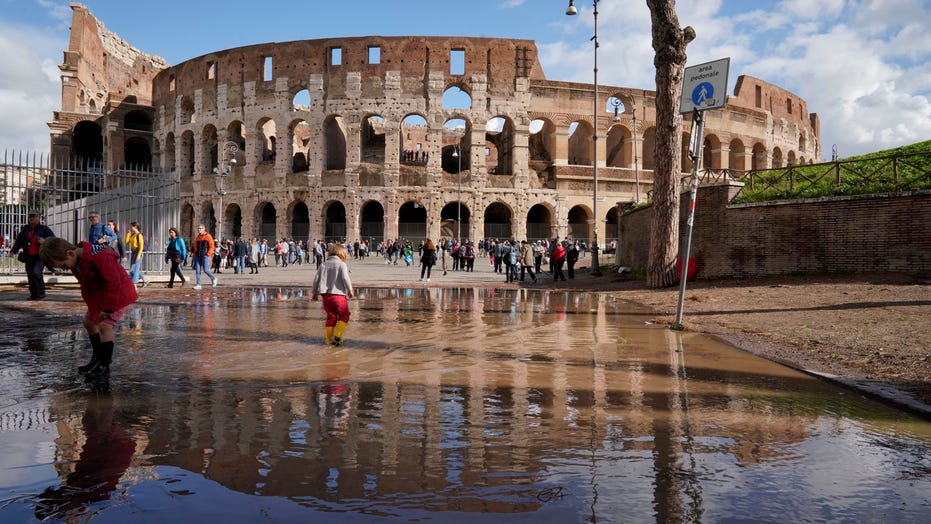 A new study suggests the Mediterranean Sea was the warmest during the Roman Empire than any other time in the past 2,000 years

The research, published in Scientific Reports, notes the Mediterranean was 3.6 degrees Fahrenheit (2 degrees Celsius) warmer "than average values for the late centuries for the Sicily and Western Mediterranean regions."

"For the first time, we can state the Roman period was the warmest period of time of the last 2,000 years, and these conditions lasted for 500 years,” University of Barcelona professor Isabel Cacho said in a statement.

The researchers, from Spain and Italy, looked at ratios of magnesium to calcite from planktonic foraminifer Globigerinoides ruber, a fossilized amoeba, in the Sicily Channel, to come up with their conclusions.

The fossilized amoeba was recovered during a 2014 oceanographic expedition.

The Mediterranean Sea is "semi-closed," which according to the statement, makes it "extremely vulnerable to modern and past climate changes."

Ancient Rome has been hard to study “since it coincided with important cultural changes that took place around the Mediterranean," the study's lead author Giulia Margaritelli and co-author Fabrizio Lirer, explained.

"The study of the climate of the past is now the only tool to analyze the dynamics of the climate system of the Earth in different conditions from the current ones, and it is essential to test the validity of the mid and long term prediction models," they added.

The Roman Empire continues to reveal its secrets. Researchers, for example, recently discovered that some Vesuvius victims "baked" as they died. Experts also recently discovered ancient brain matter that was turned into glass as a result of the volcanic eruption that devastated the city.

In October 2019, a pair of 2,000-year-old scrolls believed to have belonged to the family of Julius Caesar were virtually "unwrapped" for the first time.

In February, a shrine containing a sarcophagus dating back to the 6th century B.C. and dedicated to the legendary founder of Rome, Romulus, was discovered after archaeologists excavated the Roman Forum and stumbled upon the discovery.

According to legend, Romulus founded the city in 753 B.C. after he murdered his twin brother Remus following an argument over where the city should be built.