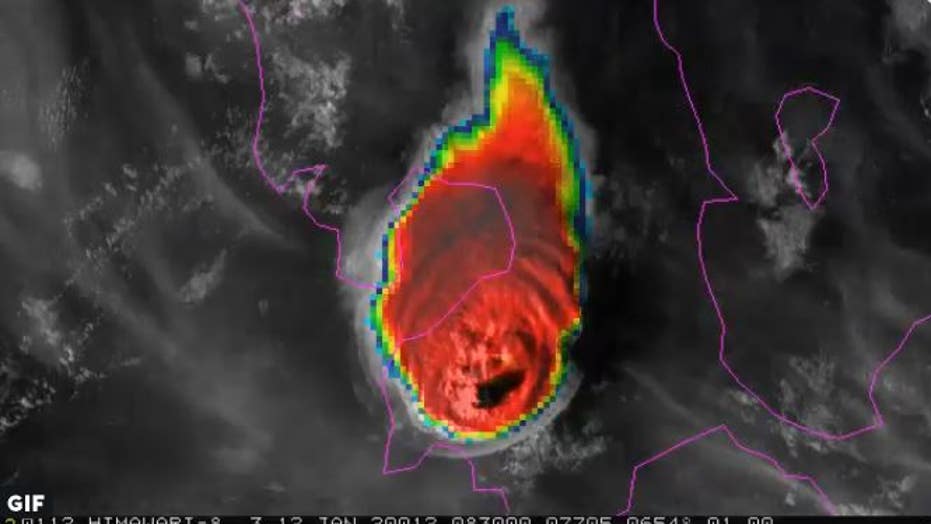 The volcano's eruption, which had not happened in 40 years, caused travel disruptions and extreme weather events in and around its location, south of the capital city of Manila, according to the National Oceanic and Atmospheric Administration (NOAA).

All residents within a 9-mile radius were ordered to evacuate the area due to the high risk for subsequent eruptions, reduced visibility and health concerns, such as irritation and breathing problems, Space.com reported.

The Himawari-8 satellite captured an image of the Philippines during the aftermath of the Taal volcano’s eruption. (NOAA)

"Heavy [ash] from the ongoing eruptions... has reportedly fallen southwest of the volcano island in Cuenca, Lemery and Taal... which can cause irritation and breathing problems,” the Philippine Institute of Volcanology and Seismology said in a statement.

The ash will reportedly reduce visibility and trigger mudflow due to existing rain conditions.

NOAA tweeted the visualization below that features a combination of visual and infrared bands showing the eruption.

The image was captured by Japan's Himawari 8 weather satellite.